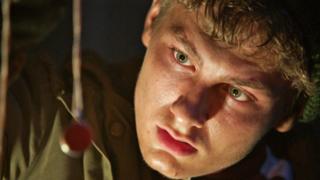 A new character called Alex, who is homeless, is joining the Dumping Ground this week. Find out more about what it means to be homeless below

This week, CBBC's The Dumping Ground introduces a new character to the show called Alex.

Alex is a homeless teenager, who Kaz has been meeting with regularly - and who ends up joining the gang at Ashdene Ridge.

Watch the show to find out what is in store for Alex.

But what does it mean to be homeless?

To be homeless means to have nowhere permanent and safe that you are able to call home.

There are lots of reasons that a person could become homeless.

For example, they might have fallen out with their family which means they have had to move out, or it may be because of problems with mental health issues.

It is especially hard for young people who find themselves without anywhere permanent and safe to live, as often they need extra help and support with things like making sure they stay in education, money and health. 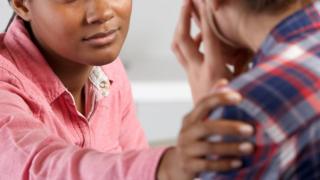 Getty Images
It can be difficult for young people who find themselves homeless, as they need support with things like education and money

Being homeless doesn't always mean that someone is living on the streets.

A homeless person could be staying temporarily on a friend's sofa or living in temporary accommodation provided by a local charity or the council.

Whole families can be made homeless together if they are unable to stay in the home they were living in.

According to a survey by Centrepoint - a charity that helps young people who are homeless - just under one in five 16 to 25-year-olds have, at some point, felt that they had nowhere safe to call home.

Rough sleeping is a type of being homeless.

If someone is rough sleeping, this means they have absolutely nowhere to stay, so have to find themselves somewhere to sleep at night - often on the streets or in empty buildings.

They may have to rely on local groups, like churches, to provide them with hot meals, and could sleep in a different place each night.

The Dumping Ground's new character Alex is a rough sleeper, as he has been living in a derelict building. 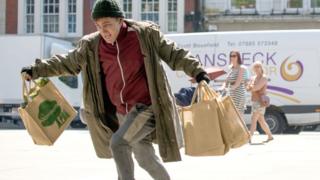 The Dumping Ground's new character Alex has been rough sleeping

For example, someone can be homeless if they are staying in temporary accommodation, but they are not rough sleeping as they do have a proper roof over their head at night.

People might be rough sleeping because they have been unable to get the help they need.

Rough sleepers represent a smaller number of people who are considered to be homeless - but it is still a serious problem.

Centrepoint helps around 3,000 homeless children a year who are under the age of 18.

Just over 1 in 4 of the young people they help have had to sleep rough at some point.

What is being done to help people?

There are many charities that work to try to help people who are homeless. 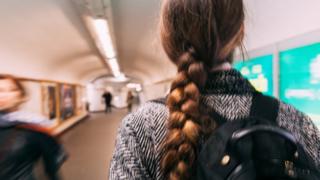 Getty Images
A person can be homeless if they are living temporarily with a friend - for example, sleeping on their sofa

They work to find them somewhere safe to live and provide support to help get them back into education.

Laws and housing schemes have also been introduced to help young people to get the help they need if they find themselves homeless.

The school feeding the homeless