Two tourists have paid to be sent around the Moon by US private rocket company SpaceX.

The company already works with Nasa, taking supplies to the International Space Station.

It has now announced two people, who aren't astronauts, have paid a lot of money to travel on a spaceship to the Moon.

The space tourists would make a loop around the Moon. They will skim the surface but won't land on it.

The mission is planned for late 2018.

Send us your comments - what would you take to the Moon on holiday? 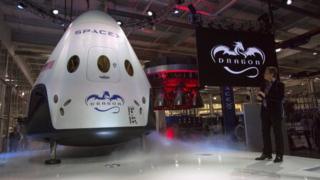 SpaceX boss Elon Musk said "This presents an opportunity for humans to return to deep space for the first time in 45 years," he said.

The spaceship will be tested later this year and the people going on the mission will also have to have health checks and training before they go.

The mission will be risky but SpaceX says it will do everything it can to make the journey as safe as possible. 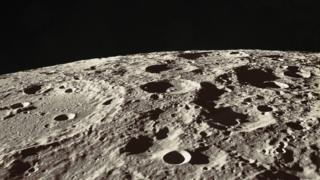 Mr Musk said the two passengers "will travel faster and further into the solar system than any before them".

"Like the Apollo astronauts before them, these individuals will travel into space carrying the hopes and dreams of all humankind, driven by the universal human spirit of exploration."

Fancy a holiday to the Moon and back?

Comments: What would you take to the Moon on holiday?

SpaceX billionaire plans to take humans to Mars by 2024

SpaceX rocket lands back on earth