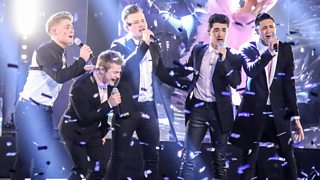 Five to Five: 'We never thought winning was possible'

Boy band Five To Five won TV show 'Let It Shine' over the weekend, bagging themselves a year's contract as stars of a new touring musical inspired by Take That's songs.

The five boys - AJ, Curtis, Nick, Sario and Yazdan - fought off competition from the two other finalist groups, Nightfall and Drive, to be chosen by a public vote as the winners in the BBC One contest.

They sang their way to victory with performances of You Can't Stop The Beat from musical Hairspray and Wrecking Ball by Miley Cyrus.

Martin went to meet the victorious band to talk about their TV success, living together and their boyband heroes. 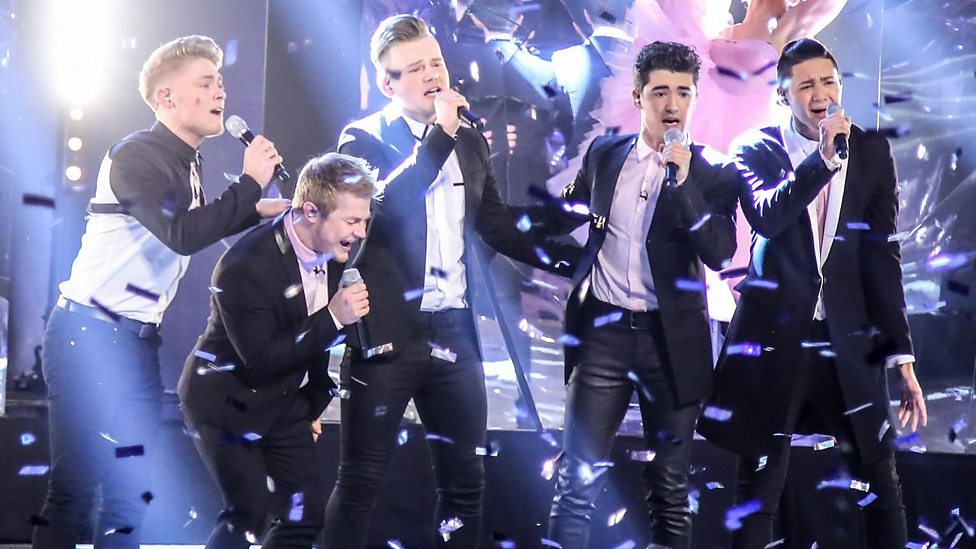 Five to Five: 'We never thought winning was possible'