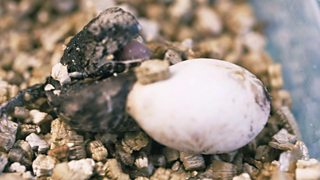 This ancient species of reptile, known as Tuatara, has been captured on camera hatching at Chester Zoo.

Don't let size fool you... This little species is even older than some dinosaurs! And scientists think they can live for up to 120 years.

The Tuatara went extinct approximately 70 million years ago in Europe, but still live in the wild in New Zealand.

Six have now hatched at Chester Zoo and were filmed by cameras there for the TV programme The Secret Life of the Zoo on 28th Feb.

Watch this one break free into the world! 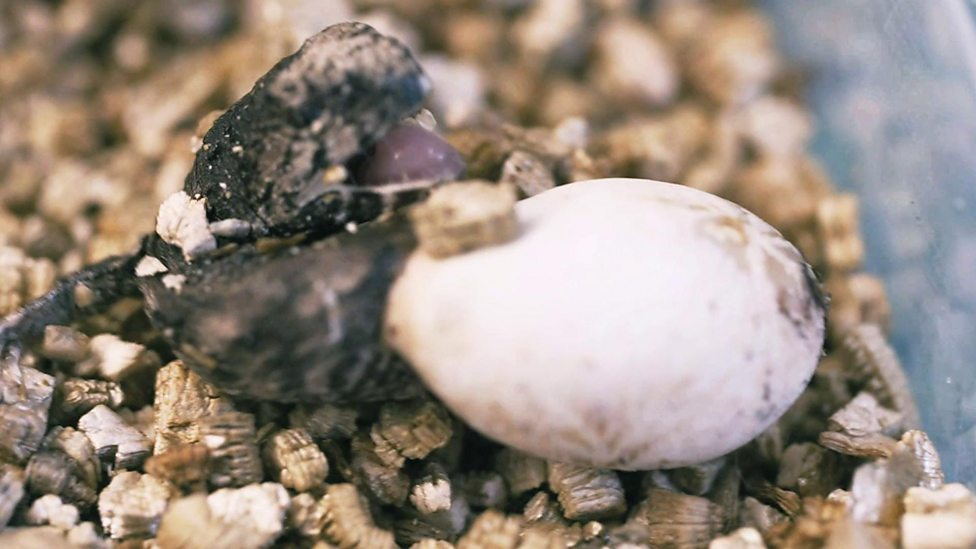