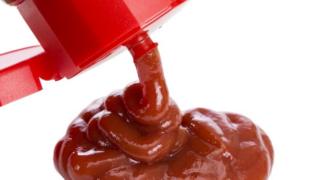 We all know the feeling when you're trying to get the last of the ketchup out of the bottle.

But now researchers from the Massachusetts Institute of Technology in America think they could have solved the problem.

They've invented a coating for the inside of the bottles that allows whatever is inside to slip out easily.

The super slippery coating can also be used for other containers, such as toothpaste, cosmetics and glue. 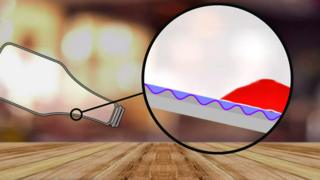 - The ketchup bottle is first coated on the inside with a rough surface.

- A very thin layer is then placed over this.

- Then a liquid is added to fill any holes and troughs. This forms a slippery surface.

- The ketchup then glides out of the bottle.

Do you know how much sugar is in your food?