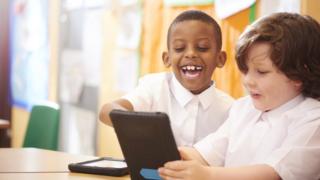 Getty Images
Lots of us like to share things on social media or talk to our friends about things we've seen online, but do you always make sure it's true before you share it?

We all share things for different reasons. Perhaps it's an interesting story, news about a celebrity that you like, or something that made you laugh.

But when you see something you like online, do you check to make sure that it's true before you share it?

Not everything that we read or see on the internet is true - and if it isn't, and we share it, we could be making more people believe something that is actually made up.

Stories like this are called fake news and they can be a problem.

Fake news is news or stories on the internet that are not true.

There are two kinds of fake news:

It is happening a lot at the moment, with many people publishing these stories in order to get as many shares as possible.

Now that we have social media, it is much easier for these stories to spread quickly, which can be a problem.

It is also easier than it used to be to edit photos, and create fake websites and stories that look realistic.

Fake news is a problem for different reasons.

The first kind of fake news - deliberate lies - is a problem because it can make people believe things that are completely untrue.

The second kind - when people publish something without checking that it's completely right - can make people have less trust in the media, as well as make everyone believe something that might be inaccurate.

People also only tend to share things that they agree with. So if people are sharing a lot of fake news, and lots of people believe it, it's easy to get sucked into a bubble that is actually completely different to the real world - and a long way from the truth. 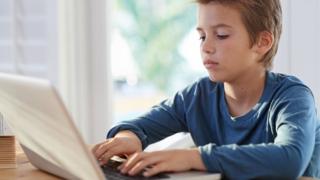 Getty Images
If you're sure if a story is accurate or not, speak to an adult you trust about it
When is fake news not fake news?

Sometimes, a story might be called fake news (when actually it isn't) by someone, or a group of people, who don't want to accept that the news is true - even if it might be.

They will tell people that a story is fake, just because they don't want it to be true.

Some people will call things fake news, when really they just have a different opinion.

Calling something fake news, when it isn't really, is a problem as it can mean some people don't know what to believe anymore.

Fake news has become a big issue recently - especially following the US election.

One of the most shared stories during the US election was about Donald Trump, who is now president of the US. 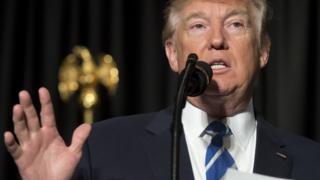 Many people reported that he had called his own Republican voters "the dumbest group of voters in the country". But he never even said it.

There were also lots of fake news stories written about his opponent Hillary Clinton.

Some people say that fake news stories can have an effect on how people vote, which - if true - is also a serious problem.

As a result of the rise of fake news, the UK Parliament launched an investigation into it.

The group behind the investigation looked at where fake news comes from, how it spreads and what impact it has.

It particularly wanted to look at the effect - if any - that fake news can have on important political decisions, like elections.

If you want to try to make sure that you don't get caught out by fake news, there a few things you can look out for.

Safer Internet Day: What you really think of selfies

Safer Internet Day: Your thoughts on social media and bullying