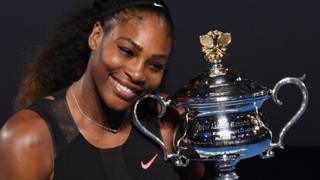 Serena Williams has beaten her big sister Venus to win the Australian Open for a seventh time, giving her a record 23 Grand Slam singles titles.

The American now also takes back the world number one ranking from German Angelique Kerber. 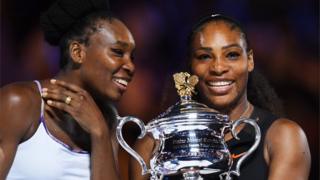 Venus and Serena have played each other many times over their long careers, but have always put sisterly love over any sporting rivalry.

"I have been right there with you, some of them I lost right there against you. It's been an awesome win."

"I'm enormously proud of you, you mean the world to me. I, God willing, would love to come back. Thank you for all the love." 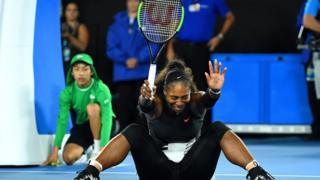 The final was the 28th time the sisters have played each other, with Serena now 17-11 ahead and 7-2 up in Grand Slam finals.

Venus, who turned professional in 1994 and has won five Wimbledon and two US Open titles, insisted she was not too disappointed after losing the match which was her first major final since 2009.

"No, because I guess I've been here before, "she said. "I really enjoy seeing the name 'Williams' on the trophy. This is a beautiful thing."

Shock defeat: Andy Murray out of the Australian Open