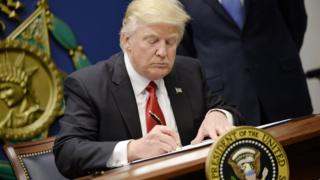 New US President Donald Trump has banned Syrian refugees from entering the US until further notice.

Syria is a country in the Middle East that has been greatly effected by violence and war causing many ordinary people living there, including lots of children, to leave the country to try and find safety.

The President made immigration a big issue in his election. The things he has said about migrants and refugees have made him popular with his supporters.

Mr Trump says the decision is part of new plans to protect US people and keep radical terrorist groups out of America.

But many people say banning all refugees from Syria is not right because it will punish people who have nothing to do with terrorism: 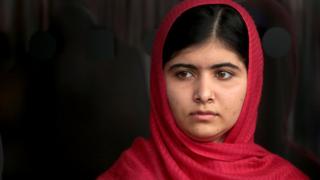 Mr Trump has been heavily criticised for the decision, including by female rights campaigner Malala Yousafzai, who said she's "heartbroken" that President Trump is closing the door to children fleeing violence and war.

She says Mr Trump shouldn't be "turning his back on the world's most defenceless children and families."

President Trump has also signed an order to stop people from six other mainly Muslim countries, including Iran and Iraq in the Middle East and Somalia and Sudan in Africa, being given permission to travel to America for the next three months.

Newsround's special programme all about Malala