Who will perform at Donald Trump's inauguration?

The 20th of January will see Donald Trump become the 45th President of the United States of America.

The ceremony when he gets the job is called an inauguration.

Usually there's a big parade and famous singers and performers put on a show.

But there've been a lot of reports saying that Team Trump has been struggling to find people to appear. But Donald Trump says that's not true and in any case he's more interested in the ordinary people who are attending.

Watch our video to see what happens on the day itself.

But who will perform?

Barack Obama had Jay Z and Beyonce -will Trump be able to top that?

Here are some of the acts that will definitely be performing: 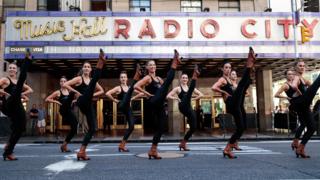 Getty Images
Reports said that not all of the Rockettes were happy to perform at Trumps inauguration because they didn't like him or his policies, this has been disputed by the company which manages them.

The Radio City Rockettes are a dance group formed in the 1920's and were based on a British dance troupe of the same time called "The Tiller Girls".

They were massively popular with audiences and even toured the world during the 2nd World War doing shows for troops.

Now they mainly perform at Christmas time and some special events but that doesn't stop hundreds of young female dancers from applying to join them every year. 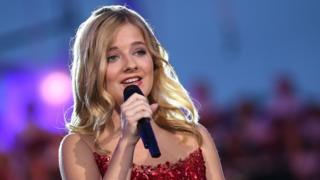 Jackie Evancho is not well known in the UK but she became a household name in the States after winning America's Got Talent in 2010.

Since then Jackie has kept herself busy with different projects and performing around the world.

She will sing the US national anthem at the inauguration. 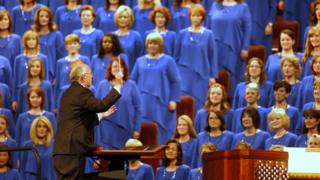 The Mormon Tabernacle Choir is a 360-voice choir named after the Salt Lake Tabernacle, a large building built to host Mormon meetings in the city of Salt Lake.

The choir has been performing at the Tabernacle for over 100 yeas and all singers must be members of the Mormon church to join up.

They are set to sing 'America, the Beautiful.' which is an American patriotic song.

Taylor Swift: Singer has millipede named after her

Donald Trump told to 'grow up' - but why?

What will happen at Trump's inauguration?