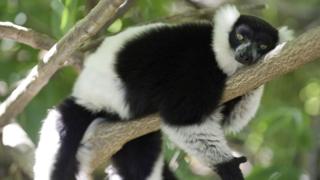 PA
This Black-and-white ruffed lemur from Madagascar is critically endangered.

Primates like gorillas, orangutans and lemurs are facing an 'extinction crisis' according to a new study.

It looked at more than 500 species of primates around the world and found that 60% of them were facing extinction.

When an animal becomes extinct, it means that there are no more left on the planet.

The study also shows that, out of all the primates in the world, three quarters of them are in decline - meaning numbers are going down.

The scientists behind the study think it is because lots of forests are being destroyed - which leaves animals with nowhere to live.

This is done when people want to clear large areas of land for farming, or use the wood from the trees. 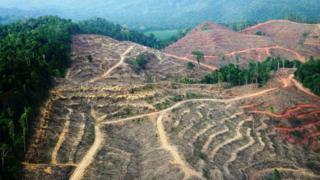 PA
A forest that has been cleared in Sumatra.

Scientists also said that illegal hunting, or 'poaching' was reducing the number of primates in the wild.

Professor Jo Setchell, one of the scientists who took part in the study said that humans need to: "learn to share space with other species"

Why are so many primates endangered?

Check out these pictures from the Rio Carnival!