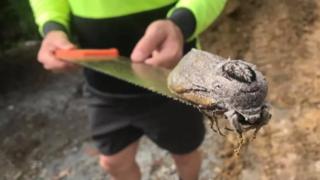 A moth so large that it struggles to fly has been found at a school in Australia!

The giant wood moth, also known as the Endoxyla cinereus was discovered on the building site of new classrooms at the school.

Principal Meagan Steward said the moth was the same size as 'two fists put together' and was released back into the nearby forest.

The wingspan of the female is up to 25cm - almost the size of a standard school ruler - and weighs up to 30 grams - more than a mouse or rat.

They took some photo of the moth before returning it to the rainforest.

Want to find out more about super-sized animals? Check out these other big discoveries! 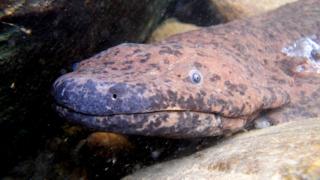 Ben Tapley/ZSL
The South China giant salamander may be the biggest amphibian in the world!

The endangered amphibian is thought to be the largest in the world and can grow to lengths of more than five feet.

After this was discovered the largest was given a new name Andrias sligoi or the South China giant salamander. 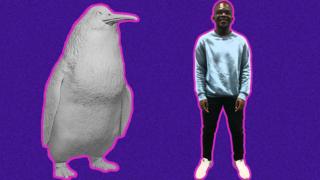 Is this the largest penguin to have lived? Scientists found a fossil of a species of mega-penguin in New Zealand, nicknamed 'kumimanu', meaning 'monster bird', in the Maori language.

Experts believe that, when it was alive, the bird would have stood around 1.6m tall, about the same height as a human!

The fossils are thought to be around 56 million to 60 million years old. 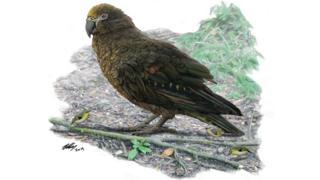 PA Media
The ancient bird is thought to have been around half the size of a human!

Scientists have found fossils of the largest parrot EVER.

The big bird would have lived in New Zealand about 19 million years ago.

Before the recent discovery, the kakapo was thought to have been the largest bird in the parrot family.

However, experts think this ancient parrot would have stood at about one metre tall and weighed more than one stone - that's twice as much as the kakapo! 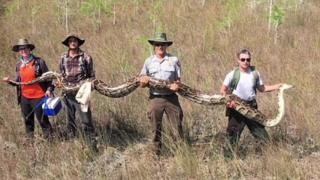 Get a load of this next slippery character!

Officials at a wildlife reserve in south Florida in the US captured the largest python ever found in the park.

The female python is more than 17ft long, which is about the same as two and a half Peter Crouches!

It weighed 63kg and was found in the Big Cypress National Preserve. 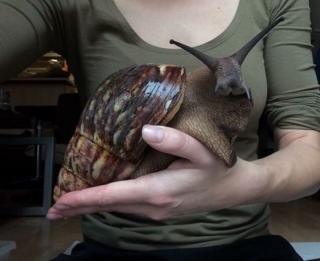 A picture of this enormous snail went viral on social media.

People shared their amazed reactions, with some wondering what the animal is.

I can't decide whether that is totally gross or the most beautiful thing I've ever seen.

Well, it is in fact a giant African land snail. It is one of the world's largest species of snail and can grow to about 20cm long.

They feed on more than 500 types of plant and can even eat through plaster walls, so you certainly don't want to have one wander unexpectedly into your house.

THAT SNAIL IS HUGE. IT'S SO GLORIOUS.

In fact, they are considered to be one of the most invasive species in the world because of their ability to munch through almost anything and to reproduce a lot.

They originally come from Africa, but can now be found in China, India, South East Asia, the Caribbean, Brazil, Florida and Venezuela.

Check out this massive alligator as it goes for a stroll in a US animal reserve.

Only a small group of people were lucky enough to see the huge beast in Florida, which was named Humpback.

Wildlife experts estimated the alligator weighed about than 360kg and was up to 15ft long. That's as long as a family estate car! 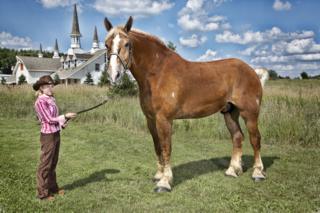 This is the world's tallest horse and he's rather appropriately called Big Jake.

According to Guinness World Records, this is a Belgian Gelding horse.

When he was last measured for a record, he stood at just over 6ft 8 - and that's without even having his shoes on. You might need a ladder if you fancied going for a ride!

OK, so you won't come across this chap any time soon, but this is the megalodon - the biggest shark thought ever to have lived. 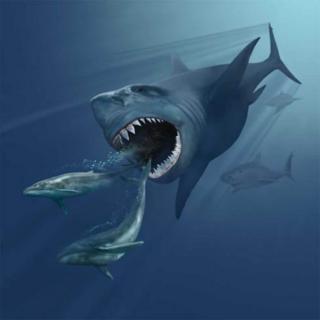 This fearsome, finned super-predator was swimming about in the oceans between around 2.3 and 16 million years ago.

Scientists think megalodons could grow up to around 59ft long, which is just shorter than two double-decker buses parked end to end.

As well as its giant body, it also had a very large mouth.

Scientists think it hunted smaller sea-dwellers, like the prehistoric Eobalaenoptera whales in the coloured picture above.

Even Eobalaenoptera themselves were pretty massive. They could grow to an impressive 35 feet, which is as big as a tennis court. 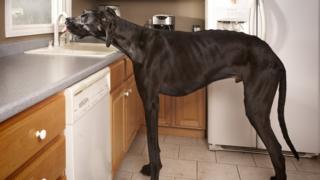 Imagine taking this for a quick stroll! Zeus is the tallest recorded dog ever to have lived.

He was an amazing 111.8cm tall, which is about the same height as a donkey. When standing up on his back legs, he was over 7 ft tall!

This gentle giant weighed about the same as an average 5ft 11 inch tall man, so certainly stood out from the crowd when it came to his canine companions. 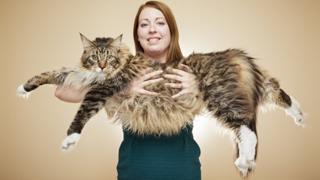 Guinness World Records
Although Ludo is big he isn't the longest cat ever, falling 5cm short of the title which is held by another Maine Coon called Stewie, who sadly passed away in 2013

This colossal cat is Ludo

Ludo is a Maine Coon, which is a breed of cat known for their size. Ludo measures a huge 118.33cm and - as you can see from the picture - he is certainly a big creature to try to cuddle!

His owner Kelsey uses a dog carrier when they travel because he won't fit into one designed for cats.

She said it's great having a big cat because she never has trouble finding him around the house. Hide and seek anyone?!

We couldn't do a list of big animals without giving a mention to these creatures.

If you come across a blue whale, you're certainly going to know about it. 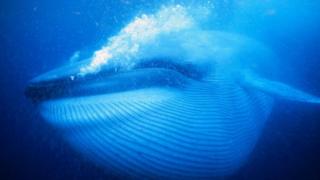 2009photolibrary.com
The biggest blue whale colony on Earth was in Antarctica but this suffered very heavily from hunting

Coming in at over 98 feet long - just longer than 3 double-decker buses parked end to end - and weighing over 160 tonnes, the blue whale is believed to be the largest animal ever to have existed on our planet.

They were lots of them in every ocean on Earth until hunting nearly brought them to extinction. A hunting ban started in 1966 and saved the species.

Today, there are thought to be around 10,000 to 25,000 of them, but because of their solitary nature it's difficult to know for sure exactly how many there are - despite their enormous size.

How did blue whales get so big?

How do you clean large animals' teeth?