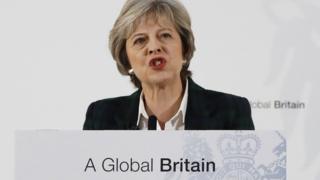 In June 2016 the UK had a referendum where voters decided to leave the EU. This is being referred to as "Brexit".

On Tuesday morning, Prime Minister Theresa May gave an important speech about how the UK government is going to go about that. 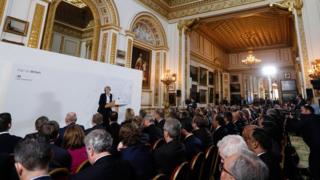 She said this big decision wasn't about the UK turning its back on Europe, but more about creating "a truly global Britain".

"We are always a country that has looked beyond Europe to the wider world," she said.

Newsround takes a look at the main points of her speech...

1. The UK will leave the "single market"

One of the main issues for the UK government and the EU is how they will do business with each other once the UK leaves the group.

At the moment, the UK is a member of the something called the "single market" - an agreement designed to make it easier for countries in the EU to buy and sell (or "trade") things to each other. 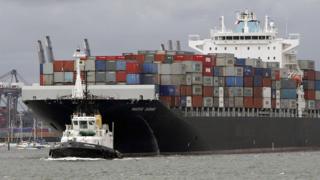 Theresa May said that, once the UK has left the EU, it will not remain a member of the single market.

Instead she wants the UK to make its very own trade deal with the EU.

"We want to buy your goods and services, and sell you ours," she said, as she believes this will benefit both the EU and the UK.

But not everyone agrees this is the right decision.

Some people say leaving the "single market" will be very bad for businesses and jobs in the UK, and some in the EU don't think that Britain should get a very good trade deal as that might encourage other countries to leave too. 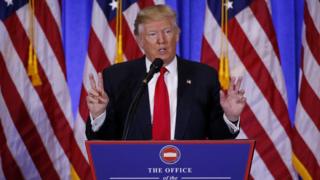 Reuters
The UK will look to make trade deals with other countries, like the United States

Mrs May also said she wants to be able to make trade deals with other countries around the world.

"It is time for Britain to get out into the world and rediscover its role as a great, global, trading nation," she said.

2. The UK wants more control of its borders

The UK government believes one of the reasons that so many adults voted to leave the EU is because they want more control over who can come to live and work in the UK.

At the moment, part of the deal of being in the "single market" is that people from anywhere in the EU have the right to come to live here if they want to.

Mrs May says that must end and, by leaving the "single market", the UK will have more control over who is allowed to move to this country.

She did say she would like people from the EU currently living and working in the UK to be able to stay here, and the same for those from the UK who live in the EU.

3. The four countries of the UK - England, Scotland, Wales and Northern Ireland - must work together

Theresa May called on the people of the UK to unite and said that she wants to make the relationship between the four nations of the UK - England, Scotland, Wales and Northern Ireland - even stronger.

She admitted that they will not always agree about everything to do with Brexit, but that she wants to work together.

However, Scotland and Northern Ireland both voted to remain in the EU, and the Scottish First Minister Nicola Sturgeon has said that Mrs May's plans are bad for Scotland. 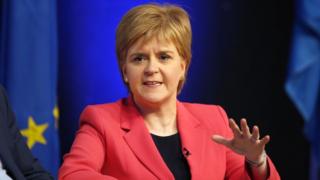 She said: "The UK government cannot be allowed to take us out of the EU and the single market - regardless of the impact on our economy, jobs, living standards and our reputation as an open, tolerant country - without Scotland having the ability to choose between that and a different future."

Previously, Mrs Sturgeon has said that if Scottish people feel they are losing out too much from Brexit, it could lead to a second referendum on Scottish independence.

4. The UK will be good friends with Europe

As well as the four nations of the UK making their relationship stronger, Theresa May talked a lot about how the UK will continue to be close friends with Europe.

She said that, even though the UK is leaving the EU, she wants to see the EU succeed.

She also said that it will be important that the UK works with the EU to tackle things like terrorism and crime.

"We are leaving the EU but we are not leaving Europe," she said. "Britain wants to be a good friend and neighbour in every way."

5. The government will let us know what's decided when it can

At the moment, leaders are having lots of discussions about what the UK's relationship will be like with the EU once it leaves.

You can find out more about what happens next with Brexit here. 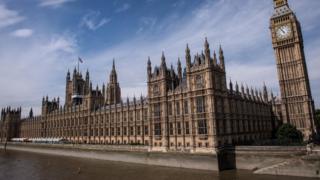 Theresa May said that she will let people know what they can as details are decided, but she said that "not everybody will be able to know everything at every stage".

Once the EU and the UK government have agreed what their relationship will be in the future, she promised that Parliament would be able to vote on it.

What's happening in America this week?