You may have heard lots of talk in the news about the UK and something called Brexit.

There are a lot of words being used, so Newsround's handy guide is here to explain what they mean.

You have probably heard this word A LOT. It's in the name of this article!

Brexit is actually a made-up word that was invented about four years ago.

It's two words simply put together - 'Britain' and 'exit'. Put them together and you have 'Brexit'. 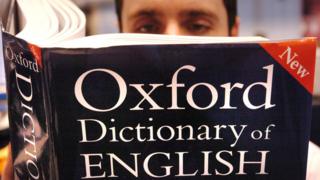 PA
The word 'Brexit' was added to the dictionary in 2016

It's now such a popular word that it was added to the dictionary at the end of 2016.

But why has Britain-exit, or Brexit, become a word in the first place? What is the UK exiting from? You can find out in the next section.

In June 2016, adults in the UK voted to exit from a group called the European Union (EU).

So, "Brexit" means "Britain exiting from the EU".

The EU is a group of 28 countries. They all work together to try to make things like buying and selling products to each other, and going to live and work in each other's countries, easier. 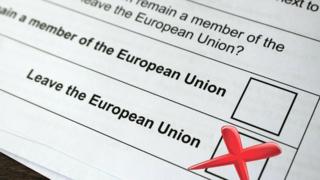 In June last year, adults in the UK voted for the UK to leave the European Union

But many people think that the UK could have more control over how it runs itself if it is no longer a member of the group.

Most people who voted thought it would be better for decisions to be made in the UK rather than in the EU, so they voted to leave.

Now, the UK government will need to have lots of conversations with the EU to decide what their relationship will be like in future after leaving.

The UK's prime minister Theresa May officially started the process for the UK to leave the European Union (EU).

Article 50 is the name given to part of an agreement between members of the EU, which explains how a country can leave the group.

Think of it a bit like a giant button called Article 50, and when Theresa May pushed it, the process to leave the EU officially began.

Before the UK can leave the EU, leaders need to decide what the relationship between the UK and the EU will be like in future.

Currently the UK belongs to something called the "single market". 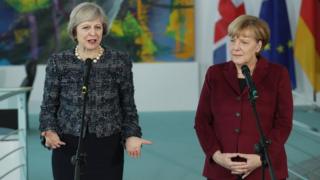 Getty Images
Countries in the EU work together to try to make things like trade easier. Here, we can see the leaders of the UK and Germany together

The single market was designed to make it easier for countries in the EU to do business with each other.

The prime minister has said the UK will not be a part of the single market after Brexit, so Britain and the EU will need to come up with a new deal for the future.

Immigration is when people move to live or work in another country.

The UK government believes one of the reasons that so many adults voted to leave the EU is because they want more control over who can come to live and work in the UK.

At the moment, part of the deal of being in the "single market" is that people from anywhere in the EU have the right to come to live here if they want to. 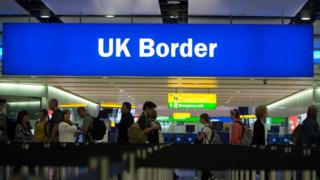 Mrs May says that will end with Brexit, so that the UK will have more control over who is allowed to move to the UK.

She did say she would like people from the EU currently living and working in the UK to be able to stay here, and the same for those from the UK who live in the EU.