It's part of his record-breaking challenge to raise money for the charity Marie-Curie.

Check out the video to see which other mountains Sir Ranulph has climbed and which ones he's got left to conquer! 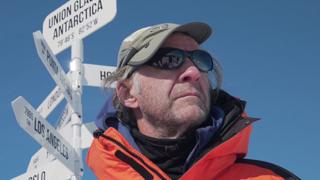 The 72-year-old said it was "very demanding" due to the weather. 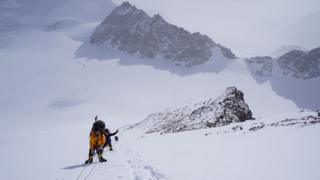 Sir Ranulph has two more mountains to tackle, Mount Carstensz in Australasia and Mount Denali in North America, to complete his challenge.

If he succeeds, he'll become the first person to cross the North and South Poles and climb the highest mountain on each of the world's seven continents.