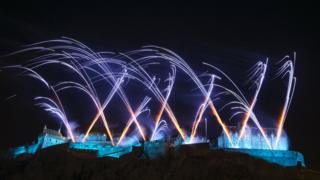 New Year's Eve is a big celebration for millions of people all over the world.

But it is a particularly big deal in Scotland where it is called Hogmanay.

Festivities take place all over Scotland and last for three days, beginning at the end of December and ending on 2 January.

Scottish people in fact have two days of holiday following the celebrations, unlike the rest of the UK, which just has one on New Year's Day.

Read on to find out more about the festival and where it all came from.

How do people celebrate New Year around the world?

What is the Jewish new year festival of Rosh Hashanah? 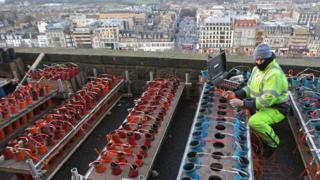 Hogmanay is the Scottish name for new year celebrations.

It is not known exactly where the word comes from, although it is believed to come from the French word 'hoginane' meaning 'gala day'.

It is thought to have first been used widely following Mary, Queen of Scots' return to Scotland from France in 1561.

Dr Donna Heddle, an expert from the University of the Highlands and Islands, explained: "The name could also come from the Anglo-Saxon 'haleg monath' meaning 'holy month'."

Some say it could come from the Scandinavian 'hoggo-nott' meaning 'yule'.

But Dr Heddle says: "The most likely source seems to be French. In Normandy, presents given at Hogmanay were 'hoguignetes'."

What is first footing? 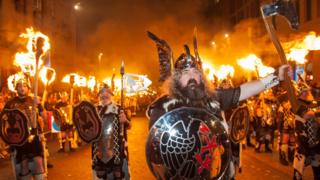 First footing is a traditional part of Hogmanay celebrations in Scotland, although it doesn't happen nowadays as much as it used to - and is likely to be more restricted in 2021 due to coronavirus restrictions.

First footing is when you visit friends or family immediately after midnight in order to become the first person to visit them and go into their house in the new year.

Your very first foot - the first person to visit you in the new year - should traditionally be a tall, dark-haired man. That is said to date back to the Viking invasions, as Vikings were typically fairer haired, so the arrival of a blonde man could have meant imminent danger!

It could also have roots in pagan traditions of marking the arrival of the dark half of the year and interacting with the mysterious realm of darkness and spirits, and appeasing them with food and hospitality.

Black bun - a dark rye bread - is traditionally given as a first footing gift to ensure that the people living in the house you're visiting don't go hungry in the year ahead.

First footers also traditionally bring a lump of coal to ensure the house remains warm in the coming months.

Ahead of the new year, it is also traditional for people to clean their house and remove any old ashes in the fire. This symbolises clearing out the old year to welcome in the new one.

Auld Lang Syne is often sung after the bell has struck midnight on New Year's Eve, as the new year begins. But not many people realise that traditionally you shouldn't link arms until the final verse when the lyrics are "And there's a hand, my trusty fiere!"

Where did Hogmanay come from?

The big Hogmanay celebrations date back to pagan times many hundreds of years ago, when people used to mark the end of the harvest and the end of the year with a festival called Samhain.

Later, this became a midwinter yule festival, which continued when Catholicism became the nation's main religion. The period of celebrations became known as the 'daft days' with people eating and drinking lots, enjoying parties and bonfires, and visiting and hosting neighbours.

But in 1560, there were lots of arguments about how the Christian religion should be practiced in a period known as the Reformation. 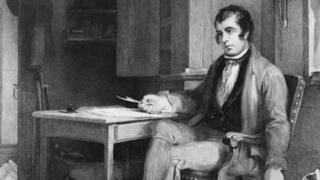 People bringing in religious changes didn't approve of all the partying and they banned or strongly discouraged feasts that were associated with Catholicism, including Christ's Mass - that is, Christmas.

By 1640, an Act of Parliament had officially banned the Christmas break, so it is believed that this is what pushed all the partying and fun to New Year instead.

Even though this Act was partially withdrawn in the late 17th Century, new year remained the big moment for celebrating in Scotland. It was only in 1958 that Christmas became a public holiday in Scotland - later than the rest of the UK.

New Year's traditions: How do people celebrate the new year around the world?