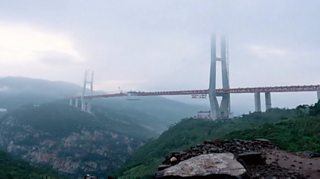 The world's highest bridge has opened in China, after taking three years to be built.

The Beipanjiang bridge stands 565 metres above the ground, which is nearly twice the height of the Shard skyscraper in London.

The bridge connects the two mountainous areas of Yunnan and Guizhou, cutting the journey time between the two places from four hours to around one hour.

The four lane bridge, which spans 1,341 metres, is now open to vehicles. 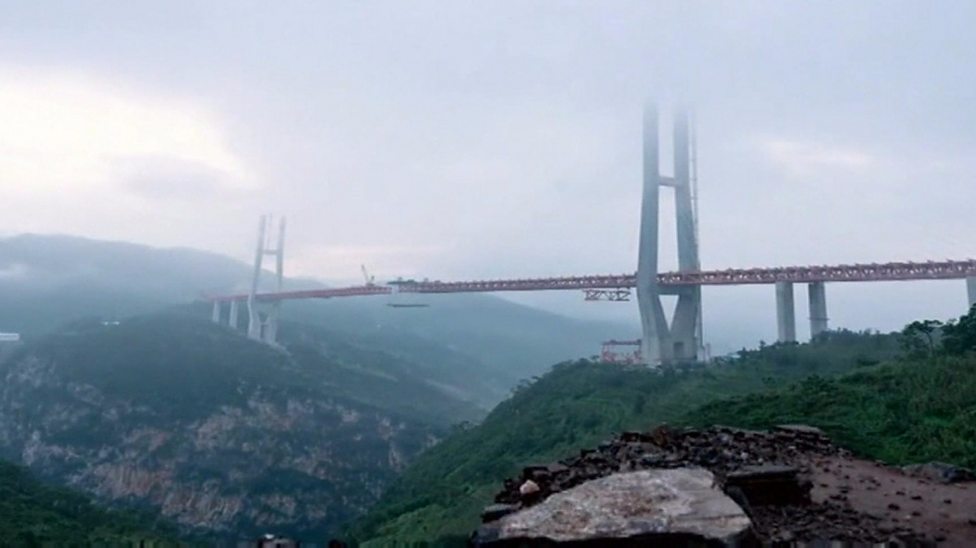