What is the Syria ceasefire? 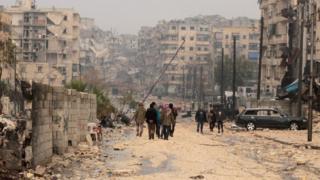 A new ceasefire is underway in the war torn country of Syria in the Middle East.

The deal to stop fighting was agreed between the Syrian government and some rebel groups fighting against them.

Four million people, including children, have been forced to leave the country and seek safety in nearby countries and Europe.

So far, the new ceasefire, which started at midnight on Thursday, seems to be holding, although there have been reports of isolated fighting in some areas. 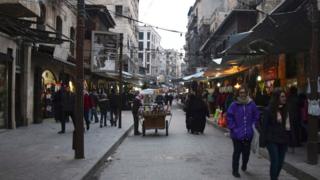 EPA
People walking on the street in Aleppo on 29 December

Read our guide to find out more about why there is a war in Syria and why the city of Aleppo is so important.

What is a ceasefire?

A ceasefire is an agreement by opposing sides to stop fighting in a war.

This can be for a certain amount of time as a short break or it can be agreed for a longer period of time.

In this ceasefire in Syria, there are many groups involved.

Syrian government forces, the Free Syrian Army and many rebel groups have all agreed to the ceasefire.

But not all groups operating in the country are part of the deal. 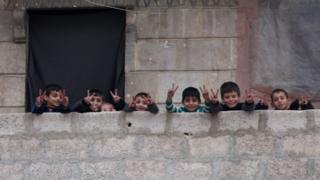 EPA
Children in Aleppo smile for a photographer

What about Islamic State?

The group that calls itself Islamic State and other extremist Islamist groups, are not part of the ceasefire.

Islamic State have taken over large parts of Syria and neighbouring Iraq and fighting against them is continuing, whilst the ceasefire is underway.

If the ceasefire does continue to hold, then peace talks aimed at ending the war in Syria could be held within a month.