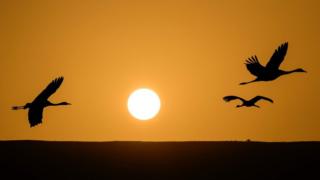 Birds travelling from one place to another are arriving at their destinations earlier, as temperatures around the world rise.

In the summer, birds have reached their breeding grounds about one day earlier, on average.

Reaching their summer breeding grounds at the wrong time, even by a few days, could mean birds miss out on food and nesting places.

As a result, this could also affect the timing of when they hatch their offspring and how likely they are to survive.

Birds who travel longer distances, are thought to respond less to rising temperatures. This means that they could suffer the most, as other birds could gain an advantage by arriving at the breeding grounds before them. 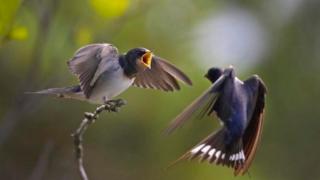 Markus Vareavuo/naturepl.com
Species that migrate huge distances, such as the swallow and pied flycatcher, were included in the research.

The study was carried out by the University of Edinburgh, who looked at hundreds of species of birds across five continents. 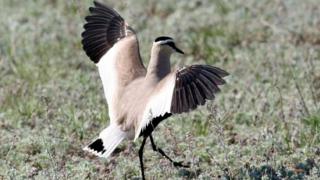 Rspb
Those with shorter migrations, such as the lapwing (pictured) and pied wagtail, were also included.

It is hoped the findings of the research will help scientists predict how different species of birds could react to environmental changes in the future.

The secrets of birds' flight explored in special wind tunnel