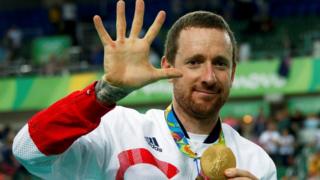 Five-time Olympic champion, Sir Bradley Wiggins, has announced his retirement from cycling at the age of 36.

After nearly 20 years of cycling professionally around the world, Sir Bradley Wiggins was the first Brit to win the Tour de France and has become Britain's most decorated Olympian.

His cool, laid-back attitude made him hugely popular in the summer of 2012, when just 10 days after winning the Tour de France, he won Olympic time trial gold in London.

Later that year, the public voted him the BBC Sports Personality of the Year. 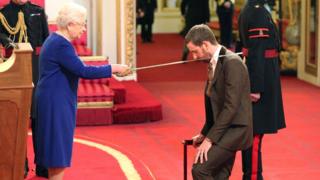 Speaking at the time he said the title was an "incredible honour".

"It's quite humbling," he added. "I was talking to some of the other people getting stuff, and asking them what they've been honoured for, and they're historic things, ground-breaking sciences or whatever.

"I've won a bike race, you know, and I feel a little bit inferior to everyone, really."

2013 - knighted for services to cycling

Won eight world titles on the track and road

In September 2016, hackers leaked confidential medical information about Sir Bradley Wiggins and the medicine he was allowed to take because of a rule called Therapeutic Use Exemption (TUEs).

This rule allows some drugs - which would otherwise be banned - to be used if an athlete needs them for medical reasons that have been checked out by the authorities.

Wiggins said he sought a Therapeutic Use Exemption because of suffering from asthma.

The TUEs were approved by British authorities and cycling's world governing body, the UCI.

There is no suggestion that either he, British Cycling or Team Sky, his former team, have broken any rules.

Guide: Who is Bradley Wiggins?