Cheetahs could soon become extinct according to a new study 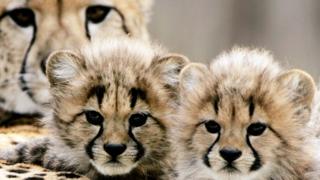 A new study which has been looking into the declining number of cheetahs has claimed that they are heading towards extinction.

Scientists believe that there are now only around 7100 of them left in the wild.

The cheetah is the world's fastest mammal and can run at speeds of up to 70 miles per hour, that's more than twice as fast as Usain Bolt.

They feed on other animals such as gazelles, wildebeest and warthogs. Cheetahs are one of the widest-ranging carnivores in the world which means they don't just stay in one place, they roam across huge areas of land. 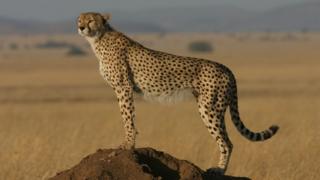 Because they travel so far, they leave the protected areas such as parks and reserves and are increasingly facing danger from humans who are farming the land they would normally hunt on.

Another big problem is that cheetah cubs are being taken from the wild to be sold illegally as pets. According to the Cheetah Conservation Fund, around 1,200 cheetah cubs are known to have been taken out of Africa over the past 10 years.

In the past cheetahs were found throughout Africa and Asia in countries ranging from South Africa to India but it's now believed that there are only around 50 left in Asia according to an investigation led by the Zoological Society of London and the Wildlife Conservation Society.

The authors of the study want the cheetah to be re-categorised as endangered and have claimed that urgent action needs to be taken if this beautiful animal is to survive.