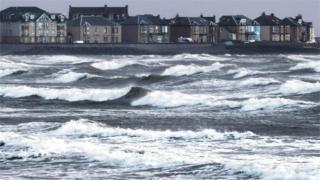 Schools were closed and thousands of homes suffered power cuts as Storm Barbara battered northern areas of the UK yesterday.

The Met Office, which monitors the weather for the UK, has warned that this Christmas's bad weather isn't over, with a second storm is on its way.

Storm Conor is expected to hit northern areas of Scotland on Boxing Day, with winds of up to 90 miles per hour. 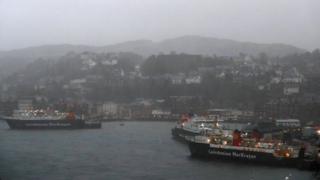 On Friday, gusts of wind from Storm Barbara reaching almost 120 miles per hour were recorded on the summit of Cairn Gorm in Scotland - one of the highest points in the UK.

Elsewhere, high winds created disruptions and cancelations to trains and ferries, and a lightning strike caused power cuts for thousands of homes in Scotland.

More snow and ice are expected, and the Met Office has issued weather warnings telling people to be careful, and stay safe.

Storm Desmond brings flooding and disruption to parts of UK