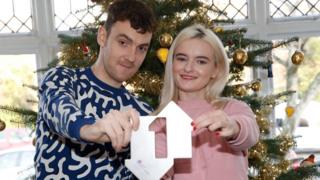 Pop group Clean Bandit have been named Christmas number one this year with their dance hit, Rockabye.

The single features singer Anne-Marie and rapper Sean Paul, and was already number seven when it entered the Top 40 three weeks ago.

Making it to number one for Christmas is a big deal in the music industry. Every year there's fierce competition between the biggest names in pop, as they hope to get the honour of being named Christmas number one.

And this year was no different.

In the end, Rag N Bone Man took second place with the blues ballad, Human, which was behind Clean Bandit's single by 10,000 sales.

And third place went to One Direction star Louis Tomlinson with Just Hold On. 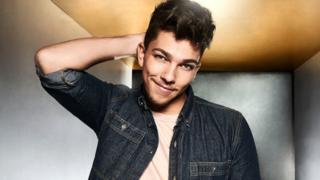 Rockabye is Clean Bandit's second chart-topper, after Rather Be in 2014.

The single isn't just Christmas number one, but has also become one of the biggest songs of 2016, with 589,000 combined chart sales. 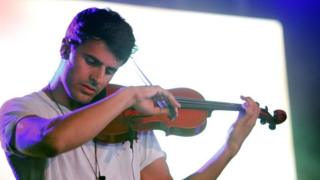 Neil Amin-Smith left Clean Bandit earlier this year, but said he wished the band "all the luck"

Clean Bandit told the BBC they had "no idea" that the song was going to become such a big hit, they were just "hoping for the best and it's gone crazy."

The band's violinist, Neil Amin-Smith left the group earlier this year, but they say that new violinist they've been working with have been fantastic, and they will "keep the show on the road".