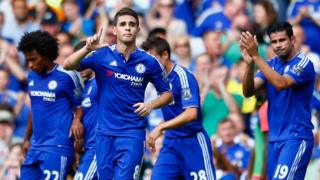 Chelsea have confirmed that midfielder Oscar will move to Shanghai SIPG in China in a £60 million transfer in January.

The 25-year-old Brazil international joined Chelsea in 2012, for £25 million.

Since then, he's appeared 203 times for the club, and scored 38 times.

In four and a half years at Stamford Bridge, he's won the Premier League, Europa League, and League Cup.

It's reported he will earn £400,000 a week playing for the Chinese Super League Club.

Football to be taught to Chinese school children every day