Snow falls in the Sahara desert 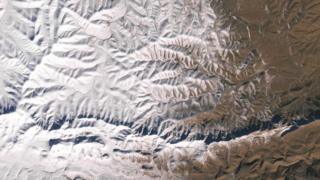 Satellite images from Nasa have shown snow in the Sahara desert in North Africa for the first time in nearly 40 years.

The photograph is of a town in Algeria, North Africa, called Ain Sefra which is right on the edge of the Sahara desert.

The town is known as the "gateway to the desert" and in the summer it can get as hot as 37 degrees Celsius. 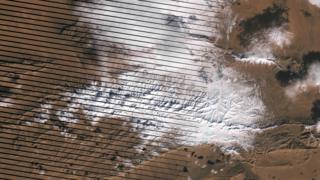 It's not actually that unusual for the desert to get freezing cold temperatures during the winter.

But for snow you need water as well, and the area usually only gets a few centimetres of rainfall in an entire year, so snow is really rare!

There wasn't much time to build snowmen though - it was all gone by the next day.

What is 'Blood Rain'?