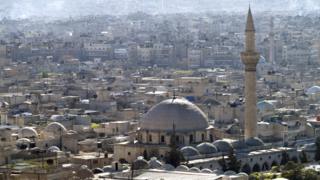 Aleppo is a city in the country of Syria, in the Middle East.

The country is in the middle of a civil war that has been going on for over five years.

It is being fought between soldiers who support the president of Syria, Bashar al-Assad, and a group of fighters known as rebels, who don't want him to be in power anymore. 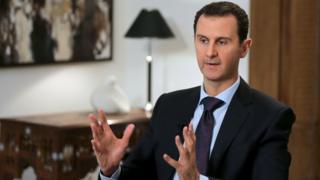 Getty Images
The civil war in Syria is being fought between the Syrian government and those against it - a group of soldiers called rebels, who don't think the Syrian president Bashar al-Assad (seen here) should be in power anymore

You can find out more about why the war in Syria started and how it has developed with Newsround's guide.

But why has the Syrian city of Aleppo in particular been so important?

Aleppo before the war

Aleppo used to be Syria's largest city, with about 2.3 million people living there.

It was also the country's main place for industry and finance, so it was important to the economy. 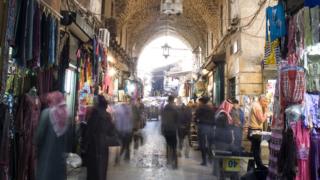 Getty Images
This picture, taken before the war, shows what one of Aleppo's markets in the old city used to look like. The market, called a souk, dates back to the 13th century and was the biggest of its kind in the world, but it has now been largely destroyed by the war

The old city in Aleppo is actually a Unesco World Heritage site.

This means that the area is officially recognised as being extremely important to the world's history and culture, and should be protected. 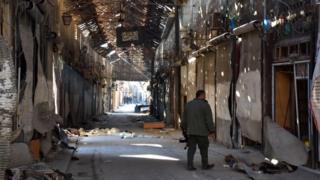 AFP/Getty Images
This recent photograph taken in Aleppo's old city shows how it has been destroyed by the fighting. This area once used to be a bustling market place

The conflict in Syria started in a city in the south of the country called Deraa, in March 2011.

However, by July 2012, the fighting reached Aleppo and the city became one of the main battlegrounds for the civil war.

As the government forces and the rebels starting fighting in Aleppo, the city became roughly divided in half. 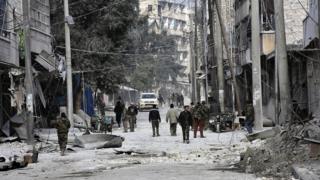 The city was divided in two like this for much of the last four years.

However, towards the end of 2016, government troops launched attacks against the rebels to try to win control of the whole city.

The government forces defeated the rebels in Aleppo and announced on 22 December 2016 that they had taken back control of the city.

It was a significant moment in the Syrian civil war as it gave them control over Syria's four largest cities. 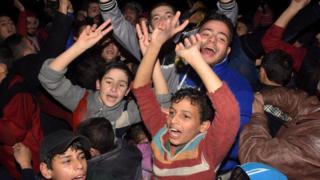 AFP/Getty Images
On 12 December, people who support the president were celebrating, as the government soldiers looked set to take back the city from the rebels

After Aleppo was taken by the government, people who were living in the last areas held by the rebels started to be evacuated from the city.

Russia, which supports the Syrian government, said that civilians, rebel fighters and the rebels' families were being taken away from Aleppo to a nearby city called Idlib. 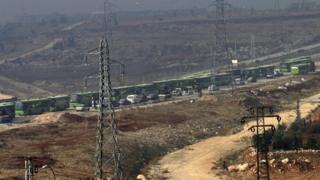 Not long after the evacuation began, though, it was halted because the Syrian government said the rebels weren't following rules they'd agreed about how it should happen.

Even when the evacuation started up again, there were reports of attacks and more fighting, which made it difficult.

On the 22 December, it was announced that the evacuation was complete.

The fight between the Syrian government and the rebels in Aleppo had a devastating impact on the lives of many ordinary people in the city.

There wasn't enough food and fuel, and buildings were bombed, including hospitals and schools.

Many fled from their homes to escape the fighting. 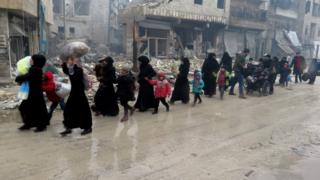 People who aren't fighting in the war - known as civilians - are not supposed to be killed by soldiers who are fighting each other, but this has not been the case in Aleppo, with many ordinary people losing their lives.

Organisations like the United Nations and Red Cross, who work to protect people living in places which are at war, called for more to be done to protect civilians in Aleppo, as this part of the conflict came to its conclusion.

Even though the government has taken over the city of Aleppo from the rebels, the civil war in Syria is far from over. 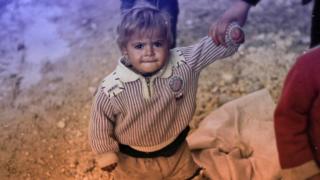 The fight for Aleppo has affected the lives of many people living in the city.

Rebels still control other areas of the country, as do other groups involved in the conflict, so it remains to be seen what will happen next.

A guide to the conflict in Iraq