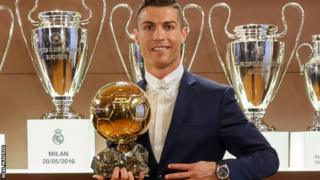 Cristiano is now just one award behind Barcelona's Lionel Messi, who took the Ballon for the fifth time last year.

Ronaldo helped Real Madrid to win the Champions League last season and scored three goals for Portugal who went on to win Euro 2016. 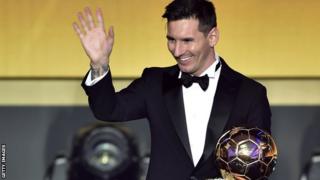 "I never thought in my mind that I would win the Golden Ball four times. I am pleased. I feel so proud and happy," said Ronaldo. 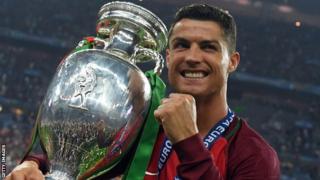 Ballon d'Or: All you need to know about the football award

Cristiano Ronaldo: I'm the best player in the world