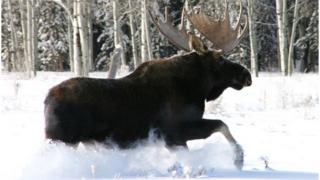 Firefighters save moose from frozen river

Firefighters in Canada had to come to the rescue of a moose which had become trapped in a frozen river and couldn't get itself out.

Moose are the largest of all the deer species. Their shoulders are the height of an average six foot man.

Their antlers, which are the most recognisable part of them, can grow to be 1.8 metres from end to end.

The rescue took over an hour and a half and the fighters had to use axes to break an escape route through the ice.

Poor thing, it moosed have been really cold! 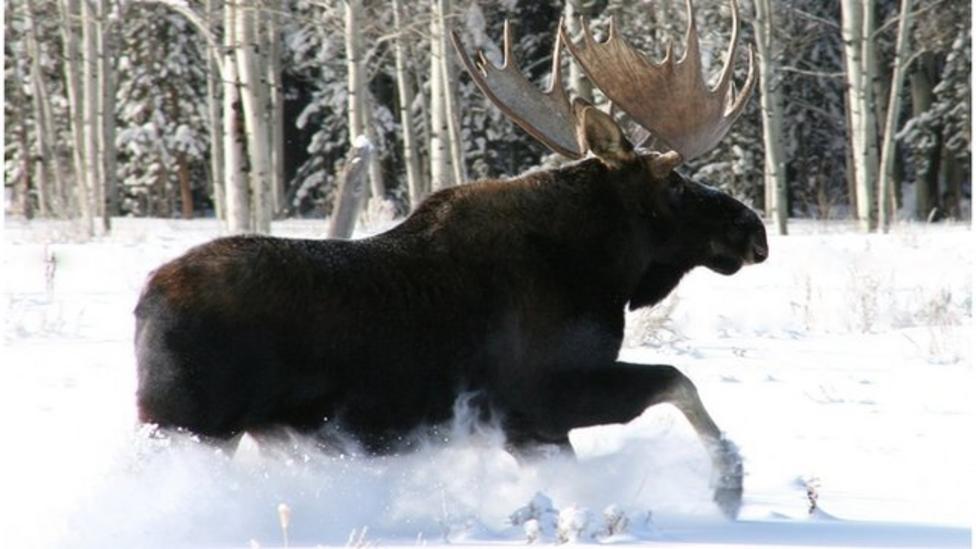 Firefighters save moose from frozen river