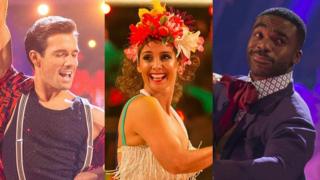 The results are in, we're down to the final three contestants on Strictly - with Ore, Danny and Louise the last ones standing.

Claudia Fragapane became the 12th celebrity to be eliminated from this year's Strictly Come Dancing.

That means the final's just around the corner.

Fans of the show can look forward to each celebrity performing THREE dances in the final - one of which will be their favourite dance from the series.

Here's a look at who's made it and whether they'll be able to dance their way to that famous glitterball. 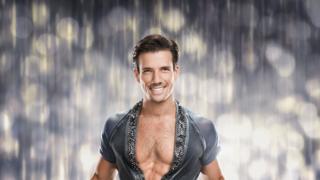 Profile: Danny is best known for being an actor in Hollyoaks, in which he played character Mark "Dodger" Savage.

Dance partner: Oti Mabuse. This is her second year on the show, last year she was paired with Anthony Ogogo but they only made it to week three.

Times top of the leaderboard: 7

Times in the dance-off: 1 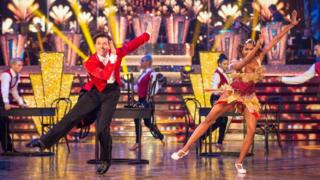 Danny Mac with his dance partner Oti Mabuse on Strictly

Can he tango his way to the trophy? Danny's been top of the leaderboard more times than any other contestant this series giving him a really good chance of winning.

He's the only contestant this series to get four 10s off the judges. He made history in week 10 by becoming the first contestant in Strictly Come Dancing history to score full marks in the samba.

Danny's currently the favourite heading into the final but the fact he did end up in the dance-off in the semi-final shows anything could happen. 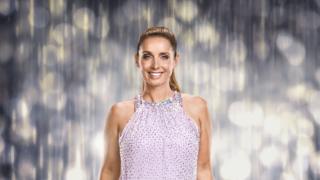 Profile: Louise is a singer and TV presenter. She first became famous as part of the girl group Eternal. She's also married to famous footballer and pundit Jamie Redknapp.

Dance partner: Kevin Clifton. This is his fourth year on the show and he's been a runner-up in all three previous series. Can he go one better with Louise this year?

Times top of the leaderboard: 4 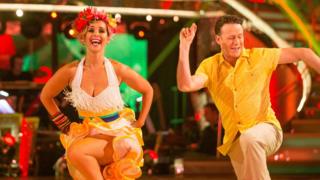 Can she tango her way to the trophy? Louise has been a very consistent performer over the series and has certainly grown in confidence since scoring a near-perfect 39 with her Argentine tango in week seven.

She is the only contestant left in the final that hasn't faced a dance-off, which puts her in a very strong position.

But she did finish joint bottom of the leaderboard in the semi-final, which has not happened to Danny or Ore so far in the competition.

What the judges say: "What a class act, how consistent has this girl been" - Bruno. 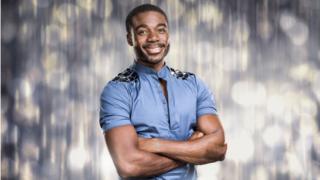 Profile: Last but certainly not least is Ore, he's a former Newsround presenter who now works as a reporter for BBC Sport and on the BBC Breakfast show.

Dance partner: Ore is paired with Joanne Clifton, who's the sister of Louise Redknapp's partner Kevin, so there will be a bit of sibling rivalry in the final! Joanne's made one previous appearance on Strictly when she partnered Scott Mills. That year they were eliminated in week six.

Times top of the leaderboard: 3 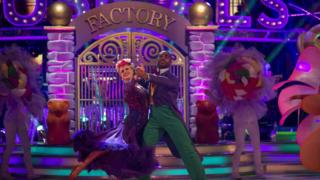 Can he tango his way to the trophy? In week four, Ore became a Strictly record-breaker when he scored 39 for his jive - the highest score ever that early on in the competition.

In the semi-final, he once again topped the leaderboard, which will be a huge confidence boost ahead of the final.

He's had a topsy-turvy series though and has been in the dance-off twice, which is more than either of the other two other finalists. So he is the slight underdog heading into the final.

What the judges say: "The quality, the style, his acting skills, it all was just like a perfect, rounded performance, I was shocked!" - Darcey.

Who do the celebs think will win Strictly Come Dancing?