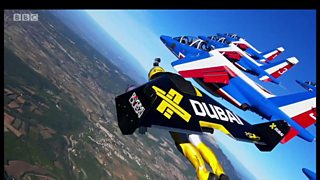 Swiss daredevil, Yves Rossy, has taken to the skies alongside France's Alphajets.

The professional 'Jetman' was inspired by the way birds fly and invented a series of jetpacks that allow him to glide through the clouds.

He's flown through the Grand Canyon in America and across the English Channel.

He says his obsession with flying can be dangerous, but he's yet to even get a scratch. 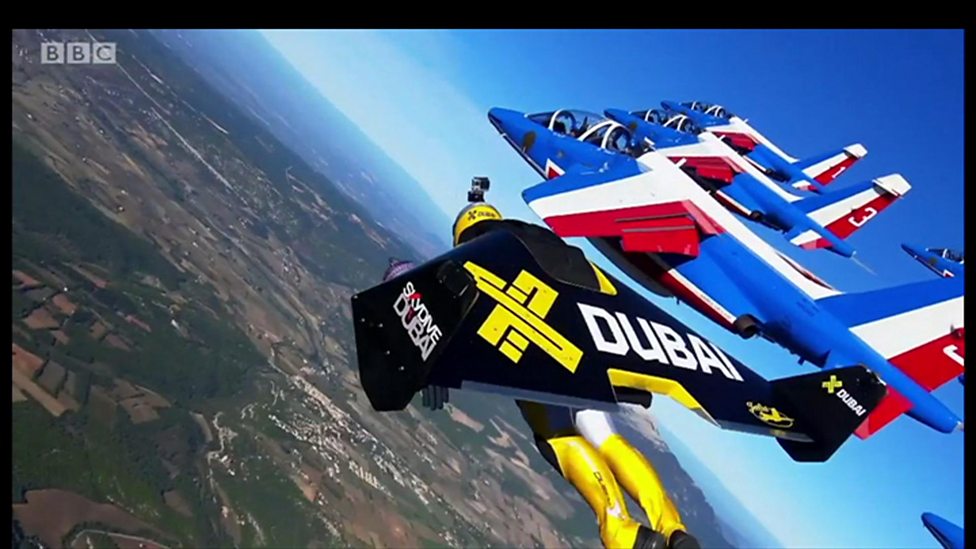