Who should replace Len Goodman on Strictly Come Dancing? 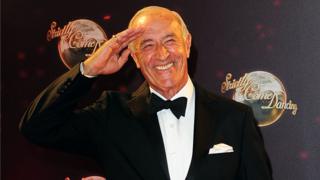 It's the semi-finals of Strictly Come Dancing this weekend and as the show nears the end, we're asking who you think should replace Len Goodman on the show?

The head judge announced in July that this would be his last year on the programme.

Len, who is 72, has been on the judging panel since the programme started 12 years ago.

So far, the BBC have not made any announcement about who will replace him.

I think Anton Du Beke will replace Len Goodman but I don't think he will be head judge.

I think Anton Du Beke should take over because he is experienced and older than the other dancers.

I think who ever wins the competition this year should become the new head judge.

I think Anton du Beke should replace Len Goodman because he is a professional dancer. He is also very good at dancing.

I think Darcey should be the new head judge, because she is calm and fair.

I think it should be Erin Boag or Anton!

I think Ian Waite should replace len because he is sensible, strict but nice.

I think that Anton should be the next judge because he is a great dancer and has a lot of experience on the show.

Len Goodman because I don't think strictly would be the same.

It should be Anton du Beke because he's experienced and and he might be retiring I want Danny Mac to win.

I think that Darcey should be lead judge because she is fair.

Who do the celebs think will win Strictly Come Dancing?