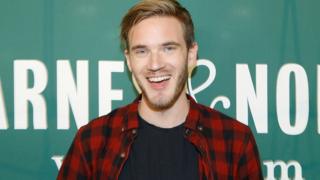 YouTube star PewDiePie has deleted one of his channels, but not his main one.

Following an argument with YouTube, PewDiePie had said he'd delete his channel on Friday evening after he got 50 million subscribers.

Most people thought he meant his main channel, PewDiePie, but he actually deleted a different one - Jack Septiceye2.

The YouTuber, whose real name is Felix Kjellberg, is unhappy because of changes he says have been made that are affecting how people find new videos.

Pewdiepie claims that this means newer videos aren't getting as many views - and this could affect YouTubers who make money from creating videos.

He isn't the only YouTuber to highlight this problem - others are saying the same thing.

But YouTube has told the BBC it has made no changes to how it promotes videos.

What was the argument about ?

Pewdiepie mentioned a few things that he says YouTube have done which are affecting the number of views he's getting. 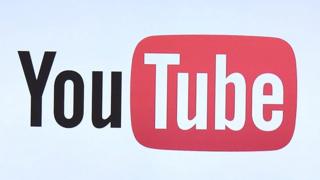 A YouTube spokesman said that they had done "an extensive review" and that the issues mentioned were "what normally happens when viewers either unsubscribe from a creator's channel or when YouTube removes spammed subscribers."