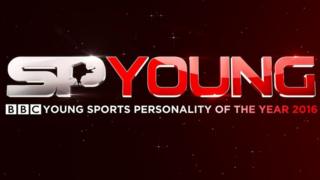 Who are the top three contenders for Young Sports Personality of the Year 2016?

The BBC has revealed the top three contenders for Young Sports Personality of the Year 2016. 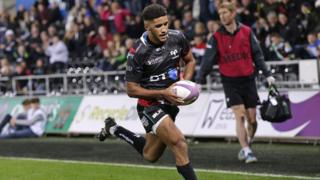 In his first four games for Pro 12 team Ospreys, 18-year-old Keelan scored eight tries, including a hat-trick when the team were playing away at Lyon in the European Challenge cup.

He has been compared to Wales record try-scorer Shane Williams, with his coach Steve Tandy saying he is an "unbelievable finisher". 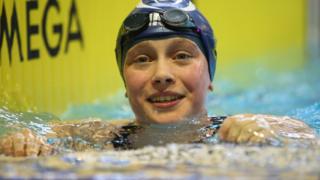 Fifteen-year-old Ellie broke the Paralympic record in Rio this year, going on to win gold in the 50m butterfly.

As if that wasn't enough, she also broke a British record and won bronze in the 100m freestyle. 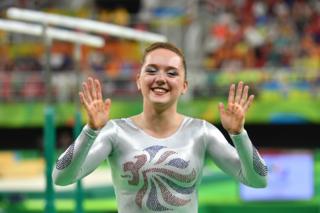 Amy is another Rio champion, having won bronze in the gymnastics floor.

The 16-year-old - who was the youngest member of Team GB in Rio - is the second British woman ever to win an individual artistic gymnastics medal, after Beth Tweddle in 2012.

The winner will receive the award on BBC One's The One Show at 7pm on 14 December.

See all of the young sports nominees

Sports Personality of the Year 2016: Who's your favourite?

Is this the best goal by a goalie EVER?