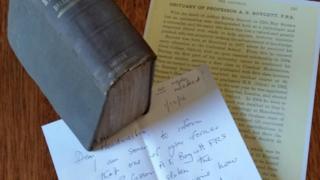 Hereford Cathedral School
The woman who found the book, Alice Gillett, wrote a late to the school saying: "I am sorry to inform you that one of your former pupils appears to have stolen this!"

Have you ever taken a library book back late? Well, we bet you've never returned it quite as late as this one...

A book that has been missing from a Hereford school library for more than 120 years has finally been returned.

Arthur Boycott - a pupil at Hereford Cathedral School between 1886 and 1894 - borrowed a book called The Microscope and its Revelations, back in the late 19th century. 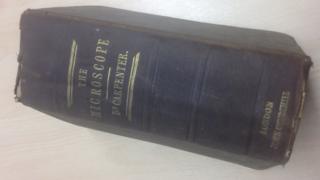 Hereford Cathedral School
This is the book entitled The Microscope and its Revelations, which has been returned 120 years late!

But he obviously never took it back. His granddaughter, Alice Gillett, found it recently when she was sorting through some old books.

She returned the book to the school, which decided they weren't going to make her pay any money for how late it was. 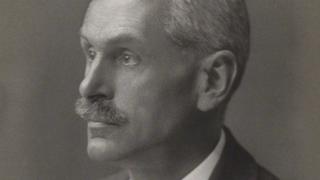 Walter Stoneman/National Portrait Gallery
Arthur, the pupil who took the book, went on to become Professor Arthur Boycott and a brilliant scientist

If the book had been borrowed from Hereford Library, which charges 17p a day for every day that a book is late to be returned, the fine would have been an enormous £7,446!