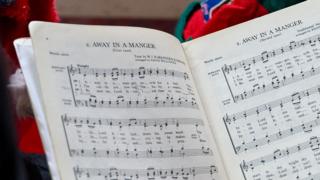 Getty Images
Many of us enjoy singing Christmas carols during the festive period. Find out more about where they came from below

When we think of Christmas, there are many things that might spring to mind, like delicious food, opening presents and feeling very chilly!

One thing that many people look forward to is singing Christmas carols.

But why do we sing them and where did they come from? 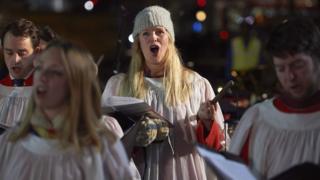 AFP/Getty Images
Earlier in December, a choir sang Christmas carols during the traditional lighting of the Christmas tree in Trafalgar Square in London

Newsround spoke to Lucie Skeaping, an expert on carols from BBC Radio 3, who explains all about where they came from.

When did we start singing carols?

The idea of celebrating in December with special songs has been around for many hundreds of years - even before Jesus was born.

But of course they didn't call them Christmas carols back then, because Christmas didn't exist!

In Roman times, when it was dark and cold, people used to cheer themselves up with a winter festival called the Saturnalia. It was a long, noisy party, with lots of wild dancing and singing. 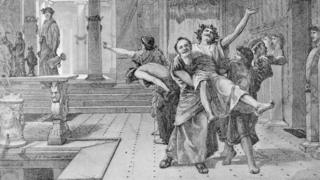 After Jesus was born and his teachings began to spread to many parts of the world, his followers wanted to encourage everyone to become Christian.

But they didn't really approve of all of this noisy winter partying. They wanted everyone to celebrate the Christian message properly by singing about the birth of Jesus, so they put new Christian words to the old favourite songs.

Lucie explains: "The word 'carol' probably comes from the old French word 'carole', which - from around the mid-1100s - meant a popular circle dance accompanied by singing."

By the late Middle Ages, carols had become more associated with Christmas and the nativity. 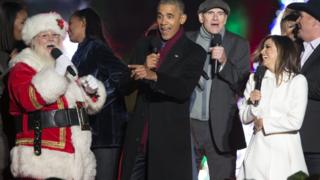 Getty Images
Carols are enjoyed all over the world at Christmas time. Here, Barack Obama can be seen singing carols at the Christmas tree lighting ceremony near the White House in Washington this year

In the 19th Century, lots of new carols were written by the church and many of them are the carols we all know today.

Where did they come from? Who wrote them?

The simple answer to this question is all over the place!

Christmas carols have been sung in towns and villages for hundreds of years, with many places having their own local songs.

This was long before the days of CD players and radios, so communities would come together to sing in order to enjoy music. 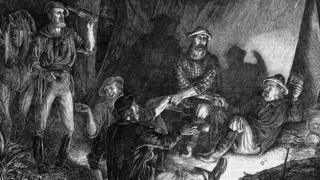 Many people couldn't read or write, so they learnt their carols by heart.

This meant that some of the oldest carols have been lost of forgotten because they weren't written down.

But, luckily, many of them did survive and were printed in carol books so that we have them to sing today.

The Victorians were very big fans of Christmas and we actually owe a lot of the carols that we sing today to them. 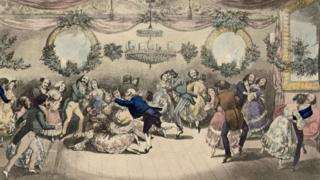 Getty Images
The Victorians loved celebrating Christmas, as you can see in this picture!

Lucie explains: "The Victorians wanted to make Christmas a cosy, family time, and they also wanted carols to have a moral message about behaving well, like Jesus did.

"They composed hundreds of new carols and made some of the old carols more modern, so that today we can understand better what they mean."

With a lot of carols, the words and music weren't written at the same time. For example, the tune for Ding Dong Merrily on High dates as far back as the mid-1500s, but the lyrics are from the 1800s. 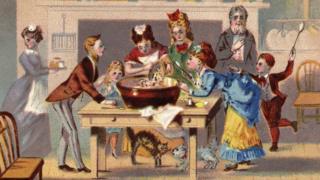 Getty Images
The Victorians wanted Christmas to be a really important family time. In this Victorian Christmas card from around 1872, we can see a family gathering round to stir the Christmas pudding

In the same way, the tune for Good King Wenceslas is a very old medieval dance tune from the 1200s, while the words were written in the 1800s.

Just as the songs used to bring people together many hundreds of years ago, singing carols at Christmas is still a popular activity to bring families and friends together over Christmas time.