The capsule that Tim Peake travelled to space in and used to return to earth, is going to be displayed here in the UK.

The Science Museum in London have bought the Soyuz capsule that transported Tim to the International Space Station and will have it on show from early next year.

The capsule has been refurbished but still has burn marks on it from being singed when it re-entered Earth's atmosphere on its journey back from space. 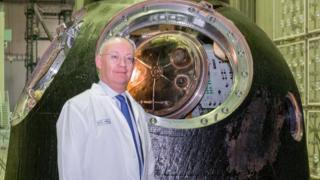 PA
This is what the Soyuz capsule looks like now

Tim Peake said that he is "absolutely delighted" that his spacecraft will be on show in the UK. 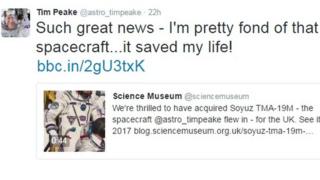 What is a Soyuz spacecraft?

- A Soyuz is a spacecraft made in Russia

- At the moment, it is the only way to get to and from the International Space Station.

- The Soyuz transports Russian cosmonauts and astronauts but it's a tight ride and has room for only three people in it.

- A Soyuz capsule is launched into space by sitting on top of a Soyuz rocket. 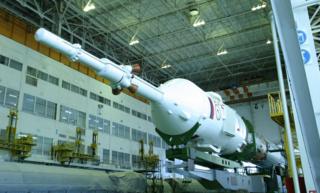 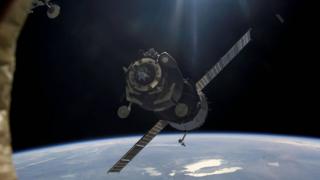 NASA
After launch, the rocket and capsule separate. The rocket falls back to earth and the capsule keeps going.

- It attaches to the International Space Station and the crew use a hatch that is connected to the ISS to leave and enter the Soyuz. 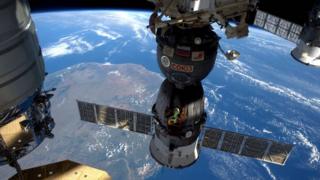 Esa nasa
At least one Soyuz is always attached to the space station at all times. It means that if the crew there need to leave in an emergency, they could use it.

- The Soyuz capsule is made up of three parts but when it returns to earth, only one part with the cosmonauts and astronauts in comes back.

- On its way back to earth, the Soyuz capsule separates itself from the two other parts, which then burn up in the atmosphere.

- A Soyuz capsule has no wheels or wings. 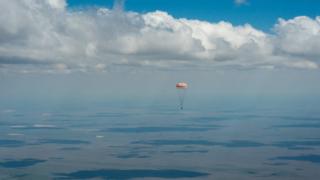 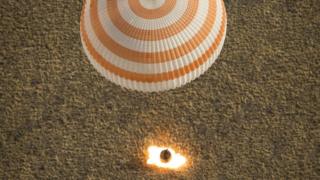 NASA/Bill Ingalls
Once it nears the ground, it fires rocket engines to make it slow down even more, which makes it look like an explosion.

- The landing is always a bit bumpy for the cosmonauts and astronauts inside.

- Once a Soyuz capsule has returned to earth, it can't be used again.

Tim Peake lands at Newsround HQ to answer your questions

What Tim Peake did after landing back on Earth