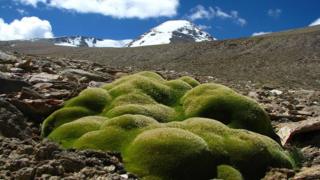 A team of scientists have found plants growing at a record-breaking height of 6150 metres on a mountain in Northern India.

Six species of cushion plants were discovered clinging to an area on Mount Shukule II in the Ladakh region.

Each little plant they found was no bigger than a coin, and contained a natural antifreeze, to stop them dying in the extreme cold.

The team at the Institute of Botany at the Czech Academy of Sciences, led by Jiri Dolezal, certainly had to earn their exciting discovery. 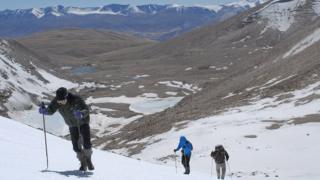 Working so high up, at altitude, has an extreme effect on the body, causing sickness and extreme fatigue.

"We could manage only a couple of hours of work a day," said team member Roey Angel.