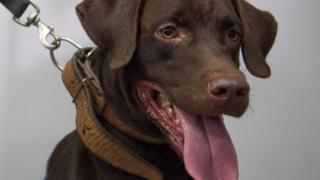 Scientists may have sniffed out a way to improve machines that detect explosives, like those used on baggage in airports.

They have done it by studying a dogs nose and how it works.

The team at the National Institute of Standards and Technology in the US used a 3D printer to make a dog's snout.

They then made the fake nose draw air in like a dog does when it sniffs. 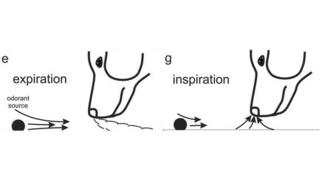 Matthew Staymates/NIST
When a dog breathes out, channels on the outside of its nose push air down and away under the dog. This moves more air from all around to the dog's nose

The team saw that the sniffing action and grooves on the dog's nose all helped pull in air from the widest area possible.

This means the dog has a greater chance of picking up and detecting smells, like explosives, in the air. 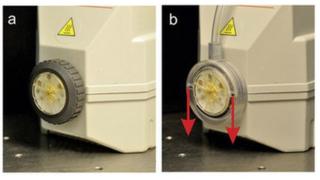 Matthew Staymates/NIST
On the left is the normal nozzle on a detector, on the right is there is an adapter which makes the machine 'sniff' like a dog helping it to find smells from further away

The type of scent detector machines used at the moment use a continuous flow of air but the new information means they could 'sniff' in and out, like a dog.

It will still take some more work before the team's new discovery will be added to detection machines but the team hope this will one day be used everywhere.

How sniffer dogs are used to stop ivory smuggling