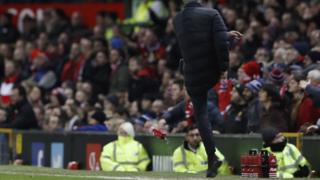 Jose Mourinho could be banned again after being sent to the stands for kicking a water bottle.

The Manchester United manager wasn't very happy with a decision by referee Jonathon Moss to book midfielder Paul Pogba for diving during the match against West Ham United.

And Jose took his frustration out on a water bottle on the touchline!

His behaviour saw him sent to the stands for the remainder of the match and a more serious punishment could be coming. 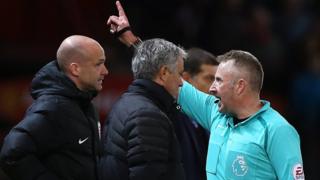 EPA
Referee, Jonathon Moss was less than impressed with Mourinhos out burst and sent him to the stands for the remainder of the match

November has been an angry month for Mr Mourinho! During his team's match with Burnley, he was sent to the stands for "verbal misconduct" after arguing with a match official.

He's also been in trouble this season for making comments about referee Anthony Taylor before United's clash with Liverpool in October. 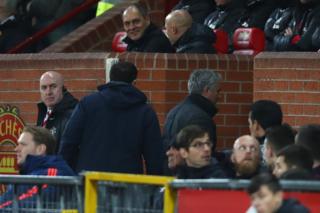 Everyone including Mourinho will now have to wait and see what decision the FA will take against the Manchester United manager.