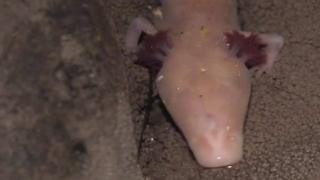 EVN
Cave salamander with no eyes

Scientists in Croatia have made an exciting discovery deep underwater.

They believe they've discovered 30 new species that have been hidden away in secret caves. 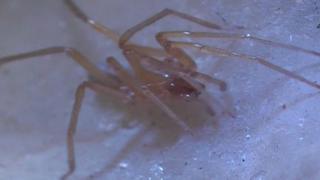 Amongst the finds are at least four new species of beetle, and a cave salamander - a creature that has no eyes but instead uses smell and touch to make its way around. 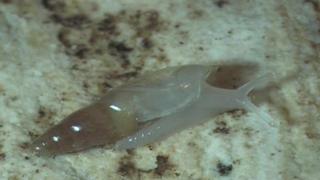 Other discoveries include this see-through translucent snail.

The scientists believe the caves could be home to more as yet undiscovered species and are continuing their exploration.

New species of swimming centipede has been discovered