Fidel Castro - Who was he and why was he important? 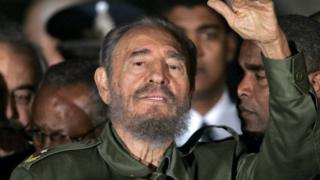 Fidel Castro, former President of Cuba and one of the world's longest serving and most recognisable leaders, has died. He was 90 years old.

The news was announced by the current President of Cuba, Raul Castro - his younger brother.

Fidel Castro was the leader of Cuba for over 50 years making him one of the world's longest serving leaders.

But old age and ill health in recent years meant he stepped down and handed control to his brother.

Cuba is a small island in the Caribbean, not far from the south coast of the USA, near Florida.

Throughout his time in power Castro and Cuba were often seen as an enemy to America because of his political beliefs and the way he ran the country. This caused many problems between the two countries. 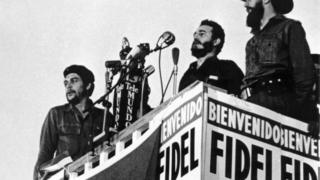 Who was Fidel Castro?

As a young man he strongly disagreed with the way Cuba was ruled, and thought the country had many problems.

He built an army and seized control of Cuba, promising to help the many poor people in the country.

Castro made sure his government had no opposition and refused to hold elections or let anyone oppose him.

He sent many people to jail as political prisoners. Lots of people who opposed his rule fled the country.

His critics say the way he has ruled the country is unfair and that he is a dictator - someone who won't let anyone challenge his control over the country.

Other people say, he helped Cuba for the better and improved the lives of the many poor people living there.

Why was he important?

During his time in charge of Cuba he made friends with a country called the Soviet Union, who were big enemies of America.

Castro allowed the Soviet Union to keep some of their missiles on Cuba.

Because Cuba is so close to America, this made them very nervous and the whole world came very close to war.

USA doesn't allow Cuba to trade in certain things, which Castro said is unfair on the people in his country.

In recent years, relations between the two countries have improved. And US President Barack Obama even visited Cuba last year.