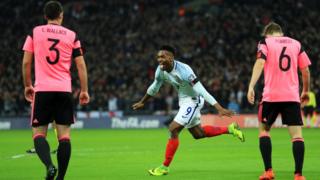 Fifa, the world governing body of football, have opened a disciplinary case against England and Scotland, for wearing poppies during their 2018 World Cup qualifier on Remembrance Day.

Players on both football teams wore black armbands featuring a poppy during the match on 11 November, despite Fifa turning down their request to do so.

Poppies are worn to remember those who died in battle and, although Fifa says it had not banned them, it does state that there are specific rules about what can be displayed on team shirts.

They do not allow any nations to have political, religious or commercial messages on their kit. 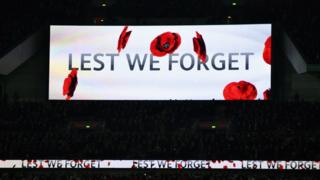 English FA's Martin Glenn said the Football Association would challenge any charge or punishment, saying the case was "rock solid".

Stewart Regan, head of the Scottish Football Association, said before the match it was prepared to challenge any punishment Fifa delivered.

A member of Fifa said: "We can confirm that the disciplinary committee has opened proceedings on this matter. Please understand we cannot comment further at this stage".

The teams could have World Cup points taken off them, but it's thought that a fine is more likely.