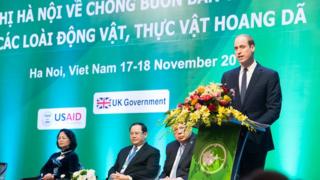 Prince William has told a wildlife conference in Vietnam that the world needs to move quicker to protect animals that are coming under threat.

"Rhinos, elephants, pangolin, lions - they are all still being killed in horrifying numbers," he said.

He addressed in particular the fact that African elephant numbers have declined by 30% over the last seven years.

"While we've made progress, the truth is we're still falling behind," he said. 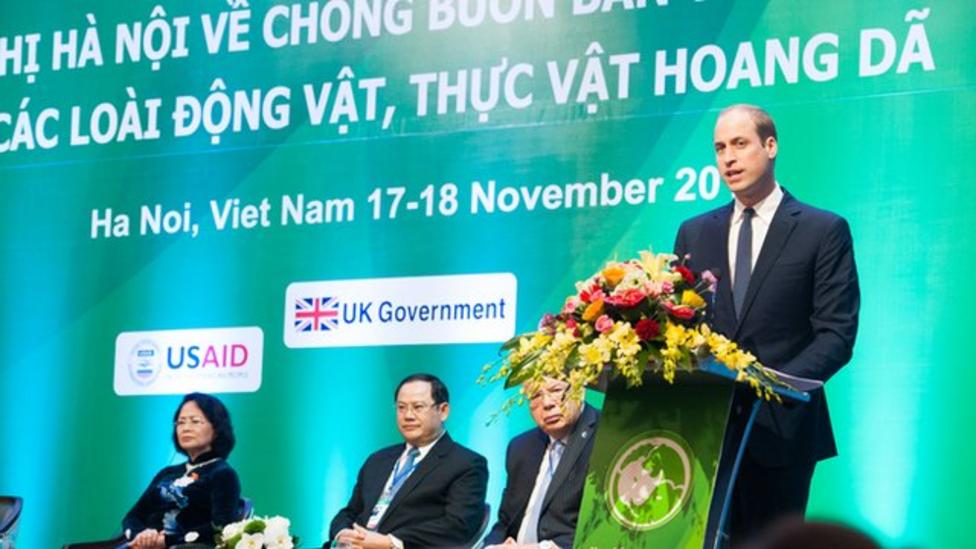