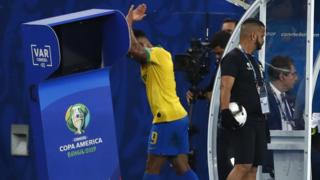 A red card from the referee at the Copa America Brazil 2019 final on Sunday sent Gabriel Jesus into a rage.

The Brazil forward was sent off in the 70th minute during the match against Peru, for a foul on Carlos Zambrano.

The Manchester City striker, who had scored Brazil's second goal, said later: "I want to apologise, I could have avoided it and I also need to grow up a lot."

Konta and Gauff in action on 'Manic Monday' at Wimbledon

All you need to know about the Netball World Cup 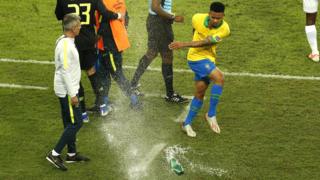 Getty Images
What's that water bottle ever done to you, Jesus?

Brazil beat Peru 3-1 to win the 2019 Copa America without the aid of Jesus in the last 20 minutes of play.

But this is far from the first time that we've seen people lose their cool in the world of sport. 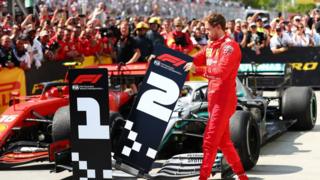 Getty Images
Sebastien Vettel was seen switching around the number boards following the Canadian Grand Prix, so that race winner Lewis Hamilton had number 2 in front of his car

Lewis Hamilton won the 2019 Canadian Grand Prix, but another driver got everybody talking.

Ferrari's Sebastian Vettel looked like he had won the race, after crossing the finish line first.

But he was given a controversial five-second penalty for "dangerous driving" on lap 48, which saw him drop down into second position - and handed victory to Mercedes' Lewis Hamilton.

Needless to say, Vettel was not happy about the decision. Initially, he refused to go on to the podium. Then, once on it, he walked away from an interview in the middle of a question.

He was heard saying on his radio during the race: "This is not fair. It is not fair. I'm angry, and I have the right to be angry. I don't care what people say."

2. Kepa Arrizabalaga refuses to be substituted 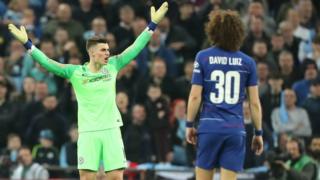 In the Carabao Cup final in February 2019, Kepa Arrizabalaga refused to be substituted by Chelsea's boss.

With a few minutes left of the match, Chelsea manager Maurizio Sarri decided to swap goalkeeper Kepa Arrizabalaga for Willy Caballero, who is a penalty shoot-out specialist.

Kepa refused to leave the pitch, even after Sarri shouted to him to come off. Kepa screamed back "NO!" at his manager - all of which was animated with some serious arm waving.

Sarri stormed down the tunnel before reappearing and letting Arrizabalaga stay on the pitch.

Arrizabalaga stayed on for the penalty shoot-out and Chelsea went on to lose to Manchester City 4-3 on penalties.

The Juventus star is well-known for his diva-like behaviour and regular strops. 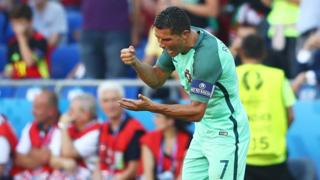 Most recently in the 2018 World Cup, he was given a yellow card for shouting in the face of Cesar Arturo Ramos, after his teammate Ricardo Quaresma was denied a free kick. The 2-1 defeat to Uruguay ended Portugal's World Cup dreams.

But he had his most epic meltdown during the 2016 Euros. In the run-up to the Hungary match, he snatched a reporter's microphone and threw it into a nearby river and when Hungary took a 3-2 lead against his Portuguese side, he threw one almighty tantrum. 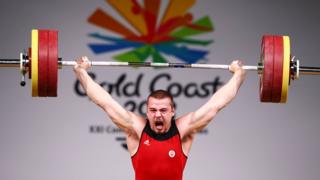 Canadian Boady Santavy put on a record-breaking performance at the Commonwealth Games in April 2018. But defending champion Steven Kari of Papua New Guinea went one better and got the gold.

Boady's reaction to missing out on the top prize was captured on cameras and the Canadian could be seen kicking out in rage at his gear, as the cheers and celebrations continued for Kari in the background. 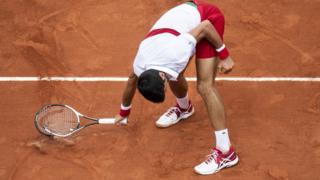 In the French Open 2018, tennis player Novak Djokovic missed an opportunity to move onto set point and took it out on his racket. He completely destroyed it by hitting it on the ground three times.

He said: "In these kind of circumstances, sometimes emotions get the worst out of you, you know, or the best out of you, whatever you want to call it."

One of the most shocking moments in football history came during the World Cup final of 2006.

French captain Zinedine Zidane was sent off for headbutting one of the other team's players, Marco Materazzi.

It was reported he did this because he was reacting to something nasty that Materazzi had said. 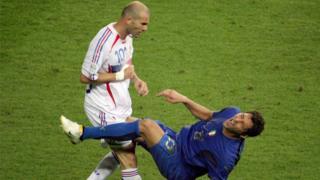 France went on to lose the match and it has become one of the main incidents that the footballing legend Zidane is remembered for, as it was his final World Cup.

The incident has even been turned into a statue. 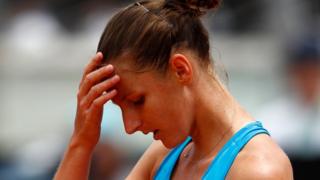 Former tennis world No.1 Karolina Pliskova was so angry with the umpire when she lost to Maria Sakkari during the Italian Open in Rome that she hit her racket on the umpire's chair three times leaving a hole.

Jose Mourinho was Manchester United Manager and after losing 3-0 to Tottenham, Mourinho ended his post-match news conference by walking out.

It was his heaviest defeat at home in his career. After the game he said to journalists: "I won more Premierships alone than the other 19 managers together." 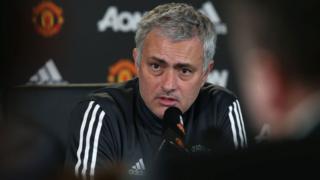 Getty Images
It was his heaviest home defeat of his career and he lost two out of his first three league games for the first time.

8. Golfer Sergio Garcia loses his cool and his club, 2018

When Sergio Garcia was doing badly at the Valero Texas Open in April 2018, he hurled his club into the bushes.

He then had to go into the bushes to find the club - perhaps he should've thought of that before he chucked it in! 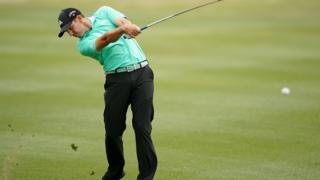 This is one of the most memorable times a player has lost their cool in the history of sport.

In his Wimbledon first-round match against Tom Gullikson, McEnroe's serve was called out.

McEnroe clearly didn't think this was the right decision. He was furious at the umpire and was seen shouting: "You cannot be serious!"

He went on to win the tournament though, so it wasn't all bad.

The Canadian Grand Prix at the weekend wasn't the first time that Vettel has lost his cool.

At the Mexican Grand Prix in 2016, he was heard being extremely rude and using swear words to race director Charlie Whiting over his team radio.

He was angry about the way another driver Max Verstappen was racing. 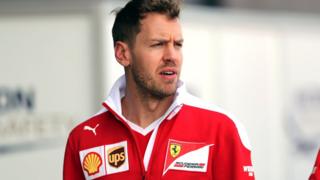 Fortunately for him, he was not punished for his angry rant - although was told that if he behaved like that again then he would be!

Back when he was playing for Sheffield Wednesday against Arsenal in 1998, Italian footballer Paulo Di Canio took his temper out on the referee Paul Alcock, by shoving him to the ground.

After the incident, the referee said: "I couldn't believe what had taken place. It is totally unacceptable." 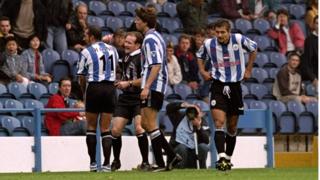 Di Canio was swiftly sent off, suspended by the club and jumped on a plane to Italy to have a long, hard think about what he'd done. He ended up banned for 11 matches and ordered to pay a £10,000 fine.

He went on to become a football manager and in 2013, when managing Sunderland, he was sent to the stands after arguing with the referee Martin Atkinson about alleged Arsenal time-wasting.