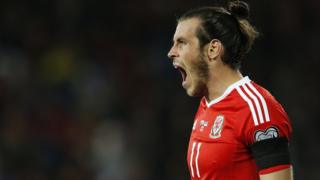 Wales hopes of qualifying for the World Cup were dealt a blow when they drew with Serbia 1-1 in Cardiff.

Gareth Bale put Wales ahead in the first half but their celebrations were cut short when Serbia's Aleksandar Mitrovic equalised in the 85th minute.

The draw now leaves Wales third in Group D, behind the Republic of Ireland and Serbia.

Having drawn in their last two games, Wales needed a win to try and close the four-point gap between them and the Republic of Ireland. 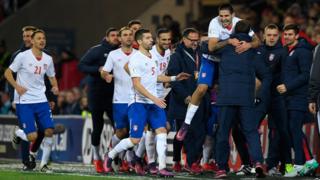 Only one team are able to qualify automatically from the group.

Wales will face the Republic of Ireland in Dublin on 24 March 2017.