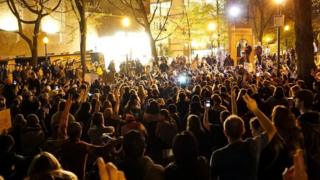 Protests have been taking place for a third night across some cities in the US.

Groups of people who are unhappy with Donald Trump's victory in the presidential election have taken to the streets of Miami, Philadelphia and New York.

Most of the marches were peaceful but in Portland, Oregon, police used tear gas to move on thousands of demonstrators. 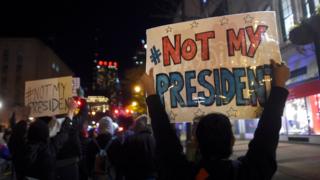 There were also people who took to the streets to march in support of Mr Trump too. 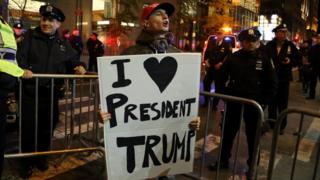 Donald Trump will become president on 20 January 2017. He'll take over the White House from Barack Obama, who has served as US president for eight years.

Earlier this week, Donald Trump won the US presidential election, even though polls had suggested Hillary Clinton was ahead.

Read our guide to find out what happens next for Donald Trump.

What's it like growing up in the White House?