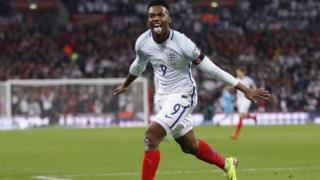 England beat Scotland 3-0 in a World Cup qualifier at Wembley on Friday night.

Daniel Sturridge's header put England ahead after 24 minutes and Liverpool team-mate Adam Lallana did the same five minutes after half-time.

Gary Cahill then made it 3-0 with a header from Wayne Rooney's corner in the 61st minute. 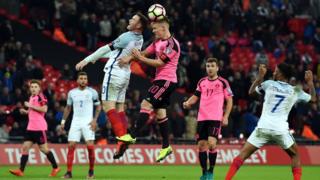 England now top Group F while Scotland are fifth in the group, with their hopes of qualifying for the 2018 tournament in Russia fading fast.

The future of Scotland boss Gordon Strachan is now being talked about, with a recent loss and draw before Friday's loss to England. 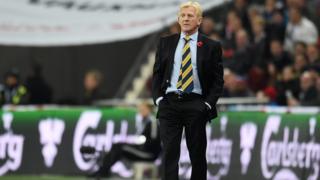 After the match, Strachan said he was "proud" of his side's effort and he felt the outcome was "cruel" on his players given the level of their performance.

The victory against Scotland was Southgate's second win in three matches. 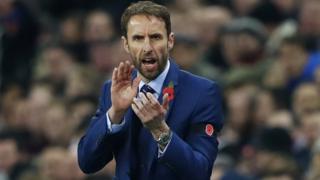 "He's done all he can and I'm sure he's the frontrunner," said Rooney. "From my point of view, he's in pole position."

Southgate said he has "loved" his time in charge but said the decision was "out of my hands".

Both England and Scotland players wore black armbands featuring a poppy, during the match.

Fifa, who are in charge of world football, had turned down a request to wear the symbol to mark Armistice Day.

Poppies are worn to remember those who have given their lives in battle and because they are the flowers which grew on the battlefields after World War One ended.

Fifa said it had not banned them but stated that they have rules on statements which can be displayed on shirts.

It is not known if the teams could face a punishment but they could get a points deduction, a fine, or both.