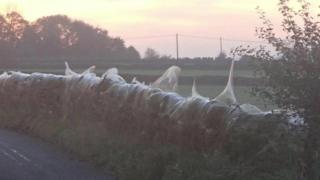 A Lancashire village woke up to giant cobwebs made by thousands of tiny spiders.

All of the webs joined together are more than 100 metres long!

Dr Judith Charnley, who lives nearby, took the photos on Halloween. How suitably spooky!

She got a close up of the tiny spiders creating the web. 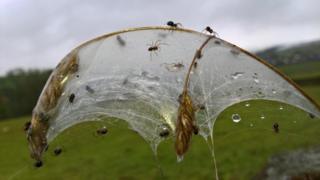 They are often found in the UK on plants or in mossland areas.

It's thought that this web is so large because of the mild weather in October, resulting in lots of the spiders. 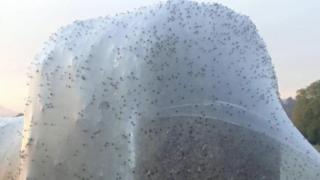 Lancashire Wildlife Trust Campaigns Officer Alan Wright said: "This is an amazing sight and great news because lots of spiders will keep insects in check and provide food for birds over winter. Everyone's a winner."