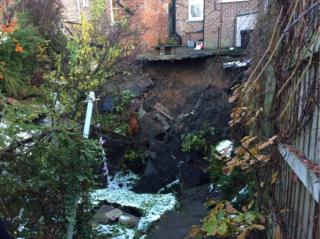 Seven homes have been evacuated on a street in Ripon, Yorkshire, overnight after a big sinkhole appeared.

The sinkhole, on Magdalen's Road, was reported around 10:30 on Wednesday evening.

Officials say the hole is approximately 10m by 15m, stretching across two gardens.

It's not the first time the road has been hit by sinkholes - in 2014 a house had to be demolished when one appeared. 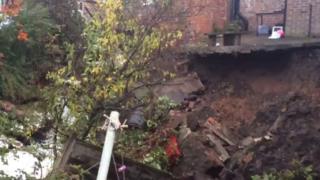 Experts say it's because the rock under the ground contains 'permian gypsum", a type of rock which can dissolve more quickly in water than the limestone rock that surrounds it, which means big holes can form.

Fire crews and council workers will decide what to do next when they begin inspecting the hole this morning.

Why do sinkholes happen?