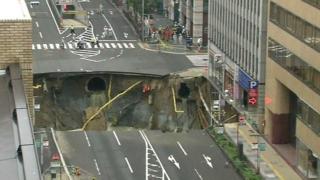 Check out this giant sinkhole in a road in Japan!

It's about 30 metres long and it's thought it may have been caused by work on an underground train line in the city of Fukuoka on the southern Japanese island of Kyushu.

It began with two smaller holes that grew steadily until they formed one huge crater.

Nobody has been hurt by the sinkhole but it has affected power, water, and gas supplies.

People who live and work nearby have been evacuated.

Check out this video. 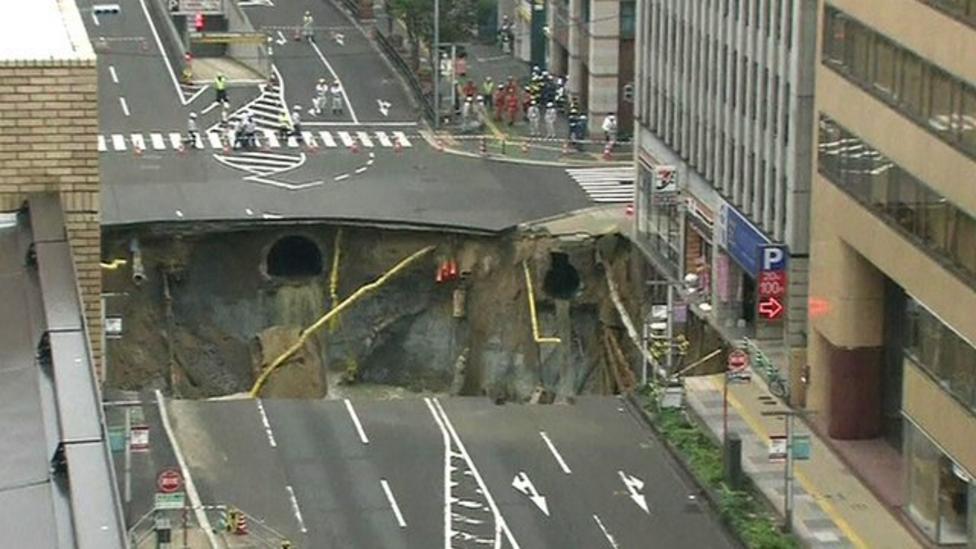