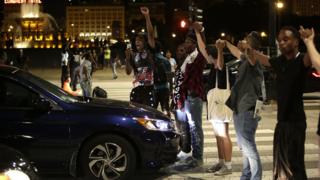 Over the past year, hundreds of thousands of black people have taken to the streets of America to protest about the way they're treated by the police.

Many claim that black people aren't treated as fairly as white people.

But many other Americans disagree and say the police are just doing their job and protecting people from dangerous situations.

Some police officers have been targeted during protests and even killed.

I travelled to Atlanta, a big city in the south of the US, to speak to black kids about why many people in their community have negative feelings towards the police. 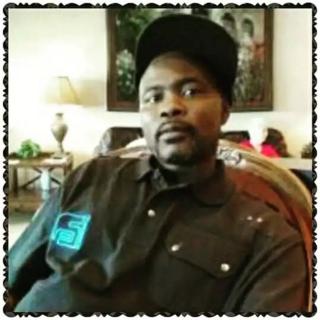 Maurice Hampton was killed in a police shooting

For some families this has affected them terribly and personally.

I was invited to the Hampton's home.

Maurice Hampton was killed in a police shooting in 2011.

Since then for them, nothing has been the same and it's had a big impact on their family.

I went to visit on a Saturday afternoon and spoke to Olivia and Jameion, who are 6 and 8. 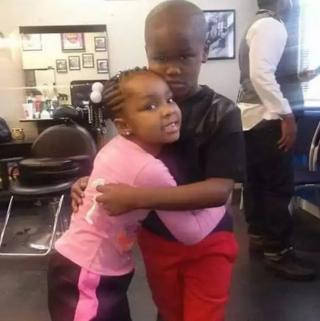 We spoke about their Uncle Maurice, who's nickname was Ramon.

Jameion started by telling me about the super sour sweets his uncle used to buy for him when he was younger.

Olivia said Maurice used to buy her anything she wanted on Christmas and Halloween.

Then we went on to talk about the police and how they feel when they see them. Both Olivia and Jameion used words like "shy" "mad" and "scared".

Maurice's family say the police were to blame for his death, but the Atlanta police disagree. They say that the officer didn't do anything wrong and that he was protecting himself.

The case was investigated and the police officer was cleared. But the family say the way it was handled was unfair.

'Give people a fair chance' 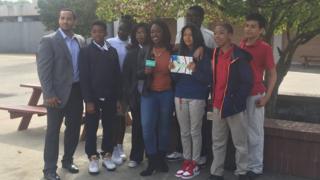 Going to a school in the south of Atlanta I spoke to a group of kids who had a lot to say about police shootings and thought they were a major problem.

Some believed that there were big differences in the way black and white people are treated.

Andrew, who's 13-years-old, told me he thought it was because of discrimination, which is where people are judged on the colour of their skin rather than any other reason.

But his classmate Augustin disagreed and said sometimes it's not race that's the issue, but police officers might actually be afraid of whoever they're arresting and need to protect themselves in a dangerous job.

Willeshia told me she thought police were acting out of hate, not fear, and she wanted them to give people a fair chance before shooting.

Hope for the future? 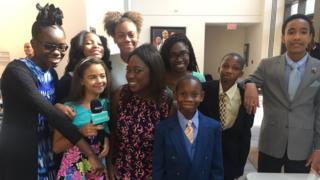 But what about the future? Are things going to get better for black children?

I headed to a Sunday service at Ebenezer Baptist Church in Atlanta, to ask kids what they want to change.

Joy was the most talkative out of the group, and told me she wanted the new president to get out on the streets with protestors to set a good example and show that they care about the issues they face.

The pastor in the service spoke about hope for the future, and the kids I talked to outside church had a similar message.

Compared to Olivia and Jameion, and the children at the school, these kids had a more positive outlook.

They seemed to believe that although this was a huge problem in their community, they hoped that in the future things would be fairer and they would be big part in helping to solve the problem.

Zianna Oliphant: 'Speak from your heart'